Posted at 14:01h in Uncategorized by admin 0 Comments
0 Likes
Share 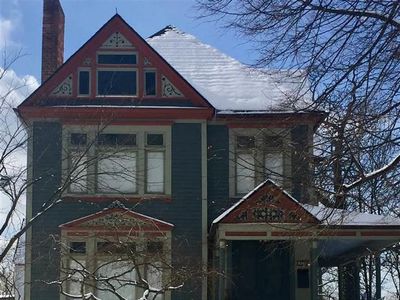 Welcome to this week’s installment of Curbed Comparisons, where we explore what you can rent for a certain dollar amount in various Detroit neighborhoods. This week we’re looking at rentals within $100 of today’s price: $875.

We’ll start this week on the east side with this three bedroom, one and a half home near Chandler Park. The house has hardwood floors, archways throughout the first floor, a fireplace in the living room, and extra storage in the basement. It’s renting for $925 per month.

Across the city near Rosedale Park in Grandmont, here’s a four-bedroom home renting for $950 per month. It has character features like hardwood floors, french doors, built-ins, and a fireplace. It’s located right off the Southfield Freeway south of Grand River, near shops and restaurants in Grandmont-Rosedale.

Next up is this tiny but fierce apartment in Woodbridge. It’s coming in at just under 500 square feet, with one bedroom and one bright red bathroom. The apartment is close to Wayne State, Midtown, and downtown, and it’s renting for $850 per month.

This apartment near Tech Town is recently renovated, with new flooring and new appliances. It has one bedroom and one bath, and it’s close to Wayne State, the Henry Ford Hospital, CCS, and the QLine. It’s renting for $925, utilities included.

Last we have a three bedroom, one and a half flat just north of Boston-Edison, next to the Lodge. This apartment has retro vibes, with a weird bar set-up in the basement and a red kitchen. It also has a patio in the backyard. It’s also close to the Henry Ford Hospital, and it’s renting for $900 per month.