Posted at 16:16h in Uncategorized by admin 0 Comments
0 Likes
Share 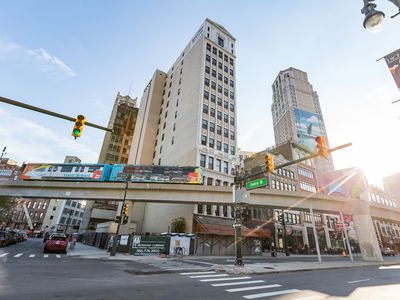 Along with Populace Coffee and Candy Bar

One of the great downtown Detroit buildings that many thought wouldn’t make it is set to reopen this week as a new hotel. After an extensive renovation, a representative from the hotel tells Curbed that The Siren Hotel will have a soft opening this weekend, possibly March 16, at the Wurlitzer Building.

The hotel will have 106 guest rooms and many retail and restaurant spaces. In this initial soft opening, both Populace Coffee and Candy Bar will also open. Albena should open in April. Eater has confirmed that Kate Williams will also lead a new restaurant in the hotel later this year.

We visited last summer as renovations started to pick up.

After the limited preview last summer, the hotel intended on opening late last year. For months, we’ve heard that it will be open “soon,” with teasers on Instagram nearly every day.

I’m almost ready for you #TheSirenHotel

We’ll have more information and photos in the next week.