15 Mar One lane of Woodward will close for LCA events

Posted at 12:06h in Uncategorized by admin 0 Comments
0 Likes
Share 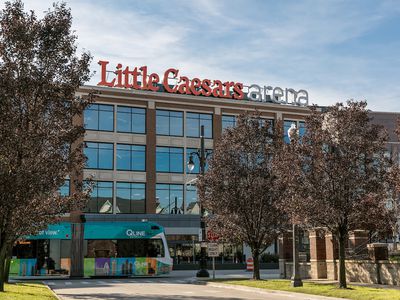 It’s like the Qline should have its own dedicated lane.

Maybe someday in the near future, the Qline and buses will have their own dedicated lane on Woodward Avenue. Until then, the streetcar will have to deal with parked cars or obstructions along the rail line.

MDOT announced yesterday that starting March 20, one lane of southbound Woodward will be closed adjacent to the Little Caesars Arena during events. This closure will be signaled by special green and orange cones and will allow the Qline to run, as well as emergency vehicles if necessary.

The announcement advises motorists not to pick up or drop off others along the tracks in their vehicles; it also advises pedestrians to use the designated crosswalks.

While events are happening, MDOT states:

Two southbound lanes of traffic will remain open during events. If you live in the city and are driving, maybe choose a different street. And as always, don’t park on the Qline tracks.