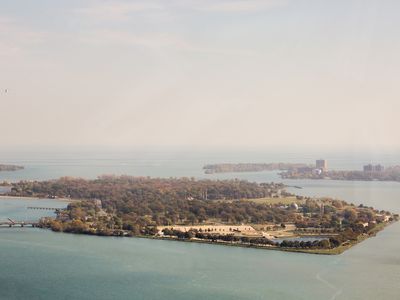 Detroit’s island park should see improvements to its 6-mile loop trail in the near future. U.S. Senators from Michigan Debbie Stabenow and Gary Peters recently announced a $750,000 grant from the National Park Service’s Land and Water Conservation Fund State & Local Assistance Program to go toward the multi-use loop trail.

Private investments will match the funds.

Currently, the loop trail is used by cyclists and walkers/runners on the inside part of the road that goes around the park. The road varies between two and three lanes, with a bike lane on the inside, and parking on the outside.

“Belle Isle gives families the opportunity to explore Michigan’s history and natural beauty on the international waters of the Detroit River,” saidSenator Peters.“Thanks to this funding, the jewel of Detroit—Belle Isle—can continue to make upgrades to existing facilities, giving area families a vibrant state park and boosting the economy by attracting new visitors from around the country.”

No word yet on a timeline for the trail work. Other improvements on the island include bridge work that will be going through the summer, the Lake Okonoka restoration project, and a new garden from renowned designer Piet Oudolf.