Posted at 15:00h in Uncategorized by admin 0 Comments
0 Likes
Share 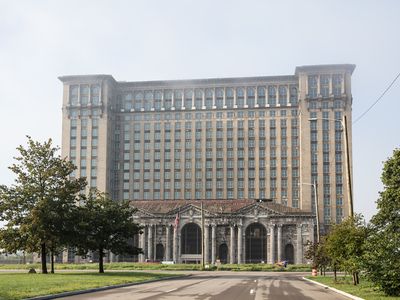 Last year, we heard that Ford was moving over 200 employees into Corktown. That was just the beginning.

Ford has not commented at this time.

The exact status of negotiations is unknown. But two sources familiar with the matter said a deal for the Dearborn-based automaker to redevelop the 500,000-square-foot former train station off of Michigan Avenue owned for decades by the Moroun family could come as soon as next month.

Crain’s also reports that the owners of Michigan Central Station—Crown Enterprises and the Morouns—are talking to various entities interested in buying and redeveloping the massive building.

It was a big deal when the Morouns opened the building for an event last summer and hinted that they were open to ideas. The Moroun family has owned the building since 1995. It’s served as a looming sign of Detroit’s great past—and its decline—for decades.

It would take a lot of money and vision to reopen the old train station. This idea would bring transportation back to it; Matty Moroun has suggested that trains could come through again in the future.

To see what it was like in its prime, check out these historic photos.