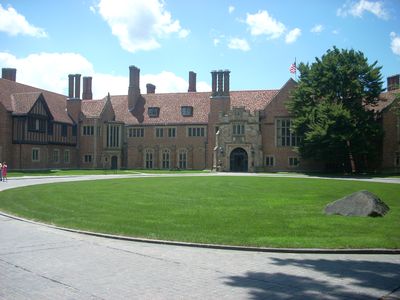 Have you found old treasures in your metro Detroit home and wondered if they’re worth anything? Do you spend your Monday evenings trying to figure out what random antiques could snag?

The long-running PBS hit Antiques Roadshow will stop in metro Detroit this June, one of five places it’s filming across the country. Meadow Brook Hall in Rochester will host the appraisal event on Thursday, June 14. The show announced late last year that they’d film in metro Detroit, and tickets for the event have already been reserved.

This is the first time the series is filming in a historic location. Meadow Brook Hall was built in the late 1920s by Matilda Dodge Wilson, who was married to auto legend John Dodge and then lumber baron Alfred Wilson. The Tudor Revival mansion was listed as a National Historic Landmark in 2012.

“Holding events at historic locations like Meadow Brook Hall adds a new depth to our show by filming appraisals in and around places that are treasures in their own right,” said Antiques Roadshow executive producer Marsha Bemko.

Three episodes will be created out of the Meadow Brook Hall filming, and will air in 2019. Antiques Roadshow airs locally Mondays at 8 p.m. on Detroit Public Television.