26 Mar What would a Ford move mean for Corktown and beyond?

Posted at 11:53h in Uncategorized by admin 0 Comments
0 Likes
Share 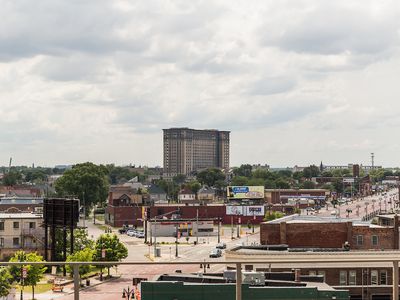 Last week, news broke that Ford could be interested in a move into the long-vacant Michigan Central Station. What this could mean for the city in general is huge—the old train depot has long been a sign of the city’s decline. Add in up to 1,000 workers who could eat, play, shop, and likely live in the city instead of the suburbs, and this is a game changer.

Various outlets have started discussing the impact this move could mean to the city and the neighborhoods.

Now that we’ve had some time to think about this, what do you think could happen to the surrounding areas? The nearby Book Depository has been mentioned as a building in the deal; we’d likely see something happen with the neighboring Roosevelt Hotel and CPA Building. Will development start moving west down Michigan Avenue toward Dearborn? Could more housing be built in North Corktown? Could prices rise even more in Southwest Detroit? What will this mean for those listing their homes in Corktown this spring?

Let us know what you think in the comments.