27 Mar Parducci documentary to be shown at the Masonic Temple

Posted at 09:40h in Uncategorized by admin 0 Comments
0 Likes
Share 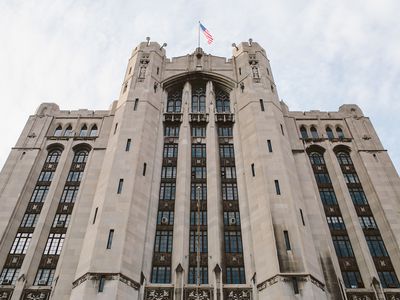 If you’ve spent some time admiring architecture across Detroit, there’s a good chance you’ve seen a lot of Corrado Parducci’s work. The architectural sculptor came to Detroit in 1924, when many prominent buildings were rising in Detroit. His work can be seen in the Fisher, Guardian, David Stott, and Penobscot Buildings, along with numerous others, including the Masonic Temple.

A new documentary, Parducci: The Man Who Made Detroit Beautiful, will be shown at the Jack White Theatre in the Masonic Temple on April 22. Tickets are $10, but for $25, guests can also get a one-hour tour of Parducci’s work in the building.

Jennifer Baross, producer of the documentary and head of the Parducci Society, says, “With so many commissions, it’s hard to find a favorite with his work. He was trained in many classical styles which made him valuable to architects who were building in multiple styles, such as the Masonic Temple.”

Parducci was the chief artisan of the 14-story, 1,037 room Masonic Temple, and his work can be seen throughout the massive building (the largest Masonic Temple in the world.) “The Masonic Temple was Parducci’s first large-scale project. The architect, George Mason, was a bit reluctant to bring him on due to his age, but he came highly recommended by Albert Kahn” says Rob Moore, Executive Director of the Detroit Masonic Temple Library, Archive, and Research Center. “His work is all over the interior of the building.”

Tickets for the screening can be purchased here. For a look around the Masonic, we’ve visited the main areas and many places behind the scenes.