03 Apr The Fillmore Detroit to undergo renovations this summer

Posted at 09:46h in Uncategorized by admin 0 Comments
0 Likes
Share 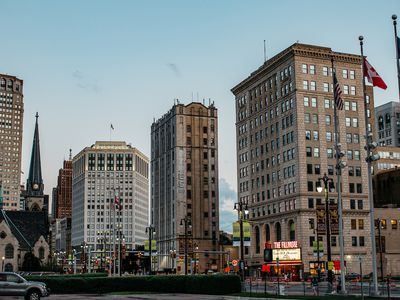 One of Detroit’s downtown concert venues will close for renovations this summer. According to multiple reports, the Fillmore Detroit at 2115 Woodward Avenue will close for restoration and painting of the main auditorium ceiling. The marquee may also be replaced.

The venue will close in early June and reopen again in October.

During the closure, 180 employees will lose their jobs, including guest service, bartenders, and stagehands. These employees will be eligible for rehiring when the Fillmore reopens.

The Fillmore Detroit, long known as the State Theatre, is part of the Palms Building in Grand Circus Park. It was designed by C. Howard Crane and opened in 1925 as one of the many movie palaces in Grand Circus Park. The theater itself stands about six stories high in the back of the building; much of the building still houses various offices. The Palms Building was added to the National Register of Historic Places in 1984. Live Nation changed the name of the theater from the State to the Fillmore in 2007.