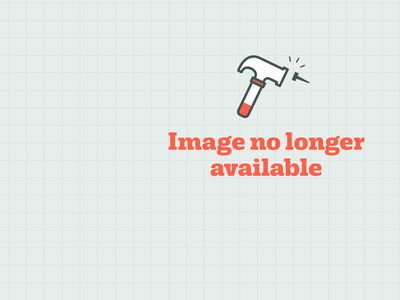 In December, we featured a very rare home—a 1950 Lustron steel house that was pretty much a time capsule. The Oak Park home was in pristine condition—it only had one owner—and would take a special buyer to keep it preserved. That buyer has been found, and he has both a preservation and a real estate background.

Scott Strawbridge, who spends his time between metro Detroit and Florida, closed on the house last week. He’s built affordable housing as the Director of Development and Facilities for the Housing Authority of the City of Fort Lauderdale and has a preservation background as a former board member of the Florida Trust for Historic Preservation.

His family’s past has a heavy construction background; his great-grandfather William Malow built Ford Piquette (birthplace of the Model T) and the Whittier Hotel. His grandfather Arn Malow and C.O. Barton founded Barton Malow in 1926.

Strawbridge, who also produces jazz records here in Detroit, saw the Lustron house on Curbed. He says, “The house is remarkably intact and original and it’s my intent to preserve it in accord with the Secretary of the Interior’s standards.” He’s removed the carpet and started restoring the original linoleum flooring. He plans on using the house as his Detroit base, and will furnish it with period pieces. He’s also investing heavily in magnets—the only way to hang anything on the walls. Strawbridge plans to submit the home for listing on the National Register of Historic Places.

Realtor Janis Chiapparo was the selling agent in the sale. Listing agent Kelly O’Meara said that they had a few offers, and many who just wanted to look, but Scott was the best buyer for the house. O’Meara said that at the closing table, Scott told the past owners that it was an honor and privilege to be the second owner of a classic.

More information on these Lustron homes can be found at Saving Places.