Posted at 15:31h in Uncategorized by admin 0 Comments
0 Likes
Share

Despite rising prices, the share of investor and vacation home buyers has held steady in the past two years, with investors making up 15 percent of existing home buyers in February 2018, according to the February 2018 REALTORS® Confidence Index Survey.

Why are investors still active despite rising house prices? The reason is that the rental market continues to be tight, as evidenced by the continued downtrend in rental vacancy rates. As of 2017 Q1, the U.S. rental vacancy rate was 6.9 percent, which is below the eight percent rate that is considered normal —the rate during 1996–2000, the period before the housing market boomed then collapsed. With rental vacancy rates at below normal level, rents continue to increase at a pace higher than the overall inflation rate. In February 2018, rents rose the 3.6 percent compared to the 2.2 percent change in consumer prices.

Use the data visualization below to view your state’s rental vacancy rates. 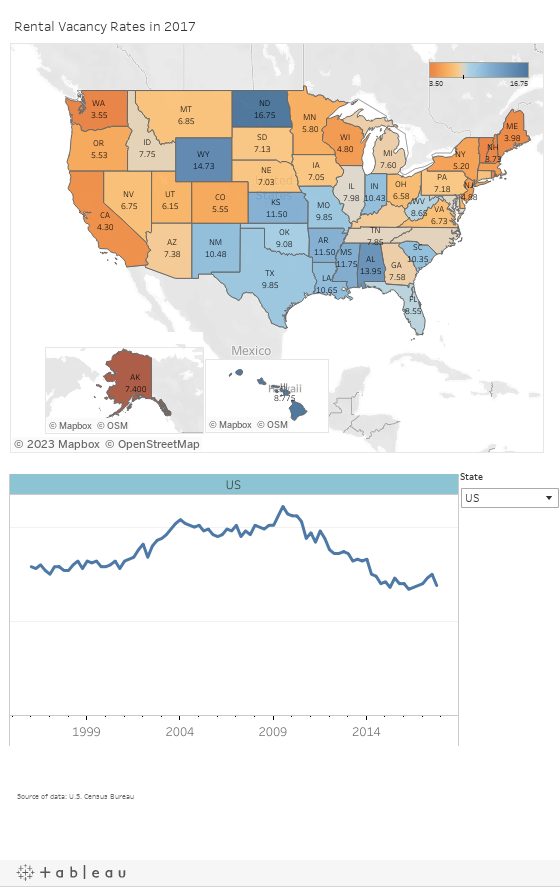