Posted at 11:27h in Uncategorized by admin 0 Comments
0 Likes
Share 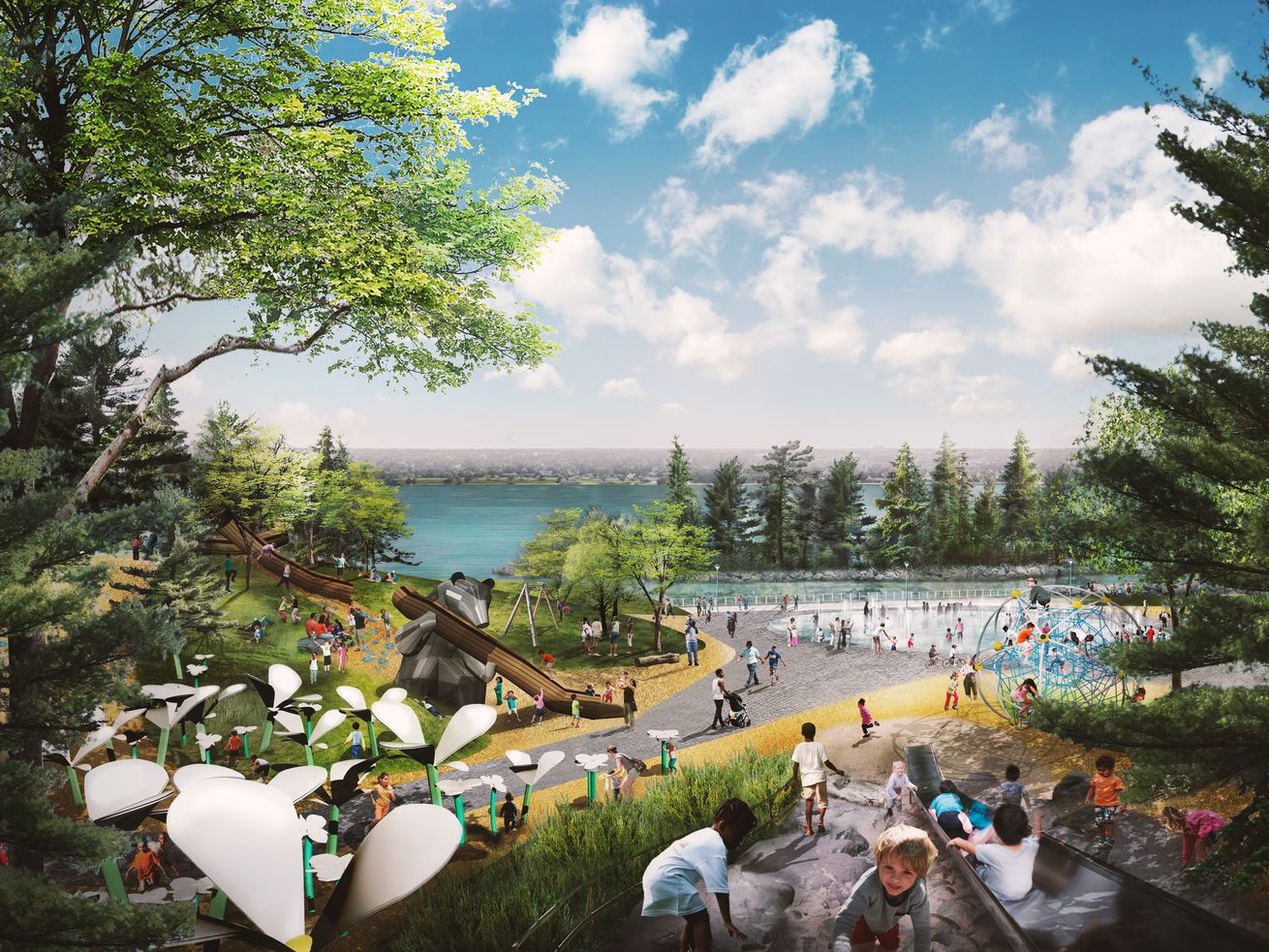 We’re getting a real beach

After a design competition that’s lasted the better part of the past year, the Detroit RiverFront Conservancy has chosen a designer for the 22-acre West Riverfront. Michael Van Valkenburgh Associates (MVVA)—who has designed both the Brooklyn Bridge Park in New York City and Maggie Daley Park in Chicago—will transform this prime riverfront property.

The transformation will include a tree-lined promenade, a cove with a beach for swimming, a large performance shell, a stone isle for wildlife, and areas for play, nature, and relaxation. Visitors will have actual access to the Detroit River in this design.

“This is a city that’s here because of the water that runs through it, and the water that surrounds Michigan,” said Michael Van Valkenburgh, adding they wanted to see how they could draw Detroiters closer to the experience of the river.

Matt Cullen, chairman of the Detroit RiverFront Conservancy Board, said this design stood out in how it would draw families from around the region.

Models and renderings from MVVA will be on display over the next several weeks at Prentis Court at the DIA.

The West Riverfront is one of many transformational projects taking place along Detroit’s riverfront. Work has started on Atwater Beach near Chene Park; this will be a beach for recreation but not swimming. The Uniroyal site will, in the coming years, connect the riverwalk to Belle Isle. More greenways like the Dequindre Cut will also be added. This is one piece that’s seen as a great connector in the region, along with the Joe Louis Greenway, the Riverwalk, and the Iron Belle Trail. Soon, the riverwalk will run all the way from Belle Isle to the Ambassador Bridge.