12 Apr East Jefferson bike lanes should be finished this spring

Posted at 09:42h in Uncategorized by admin 0 Comments
0 Likes
Share 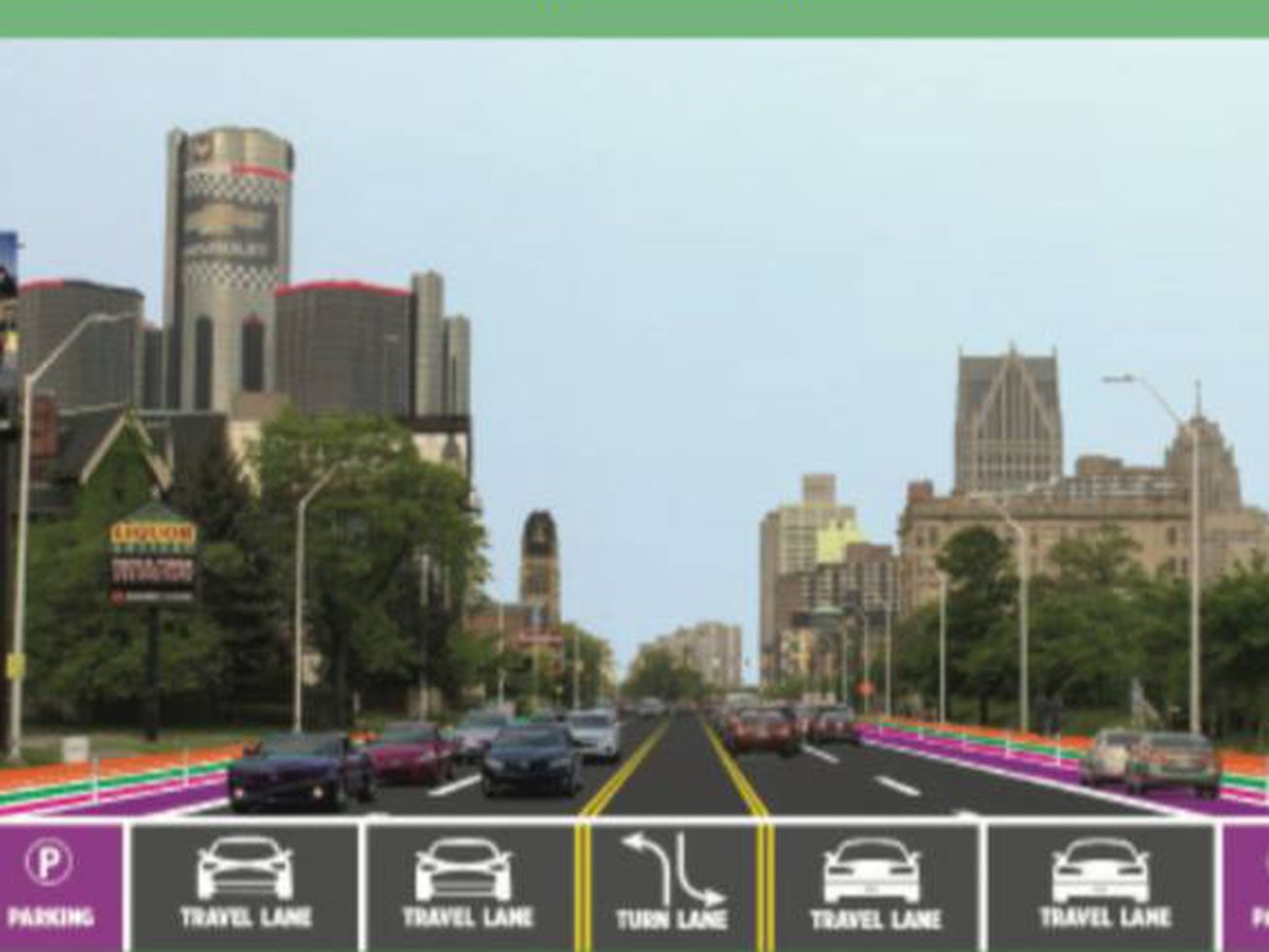 When plans for the East Riverfront were announced last year, part of the plan was to reconfigure East Jefferson Avenue. The busy road has three lanes of traffic each way, with a turn lane in the middle like many of the major corridors in the city. Cyclists would have to dodge traffic and parked cars in some sections, or use Lafayette. The city started painting new lanes last fall, but the weather turned too cold to finish. Now, the city plans to finish the project by this May, and a meeting will be held to discuss the issues surrounding the new plan.

Like many of the new bike lanes on major corridors in recent years in the city, the bike lanes will be protected by a lane of parking. Traffic will run two lanes each way with a turn lane in the middle. Crain’s reports the bike lanes will run from Rivard just outside of downtown all the way to Lakewood in Jefferson-Chalmers. The reconfiguration is meant to hopefully slow down traffic and make it safer for pedestrians to cross.

The discussion will take place Wednesday, April 18 from 6 to 8 p.m. at the Northeast Guidance Center.