Posted at 14:47h in Uncategorized by admin 0 Comments
0 Likes
Share 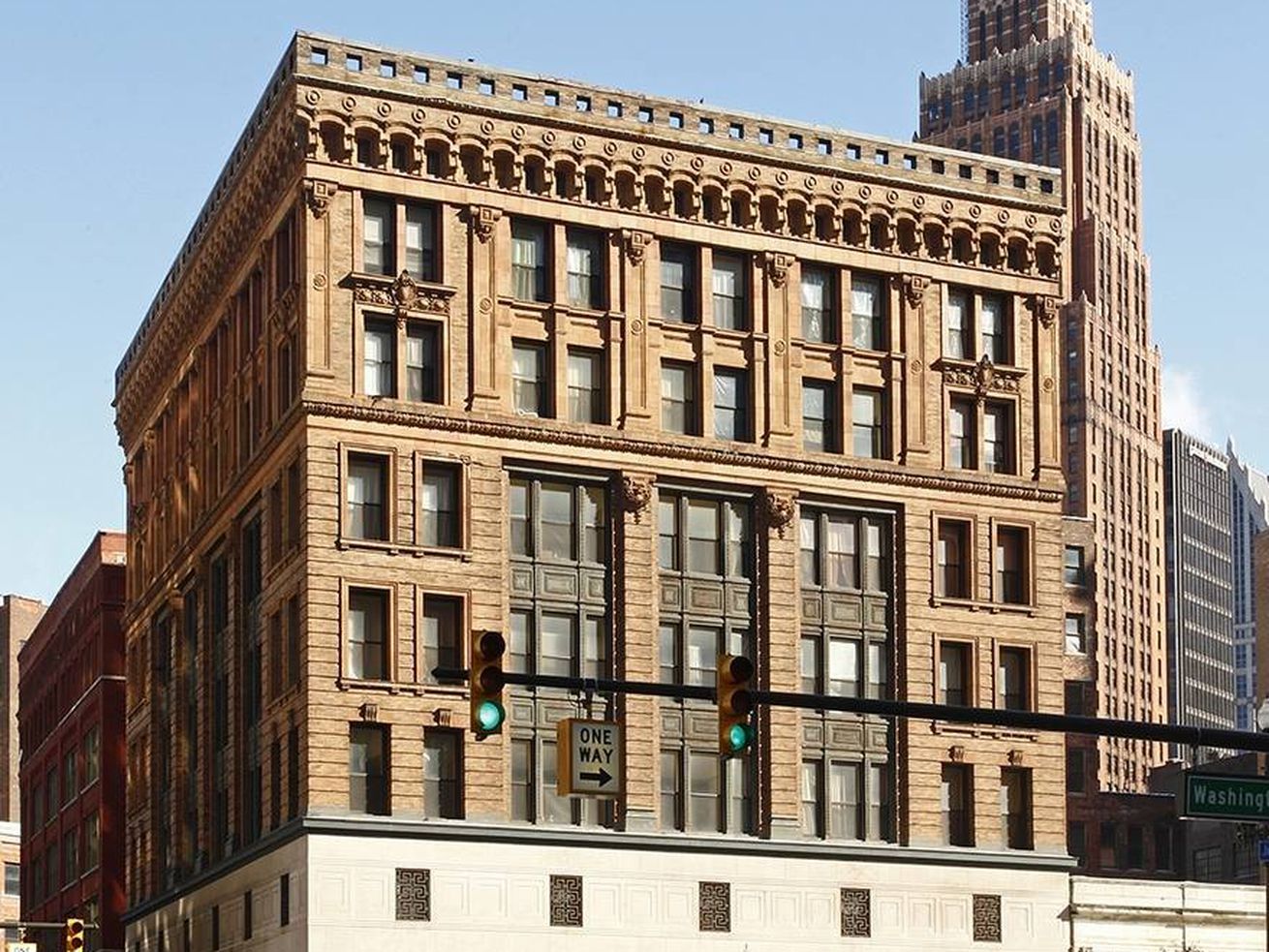 Neither building has seen much updating since 1981. Renovations will include upgrades and improvements to major building systems, rehab of elevators, window repair, and renovation of lobbies and common areas. Roof repairs are also included, as well as exterior masonry, as necessary. Of course, residential unit renovation is included and the kitchen and bath updates in the units, we’re told, can take only four hours.

Both buildings have been designated Section 8 affordable senior housing through HUD since 1981. According to a press release, the 30-year extension that preserves this status was possible from state tax credits, the city’s federal HOME funding, and private borrowing. The renovations are supported through the MSHDA-sponsored Federal Low Income Housing Tax Credit Program.

The Roxbury Group also plans on activating the 9,000-square-foot retail space on the ground level.

Louis Kamper designed the 127-unit building that now bears his name (it was known as the Industrial Bank Building). The Art Moderne skyscraper was opened in 1928 as part of the Washington Boulevard plan by the Book brothers in the 1920’s. The 38-unit Stevens Building, designed by Donaldson & Meier in 1901, sits across Grand River Boulevard. The Book Tower, currently undergoing extensive renovations, stands across Washington Boulevard from the Stevens Building.