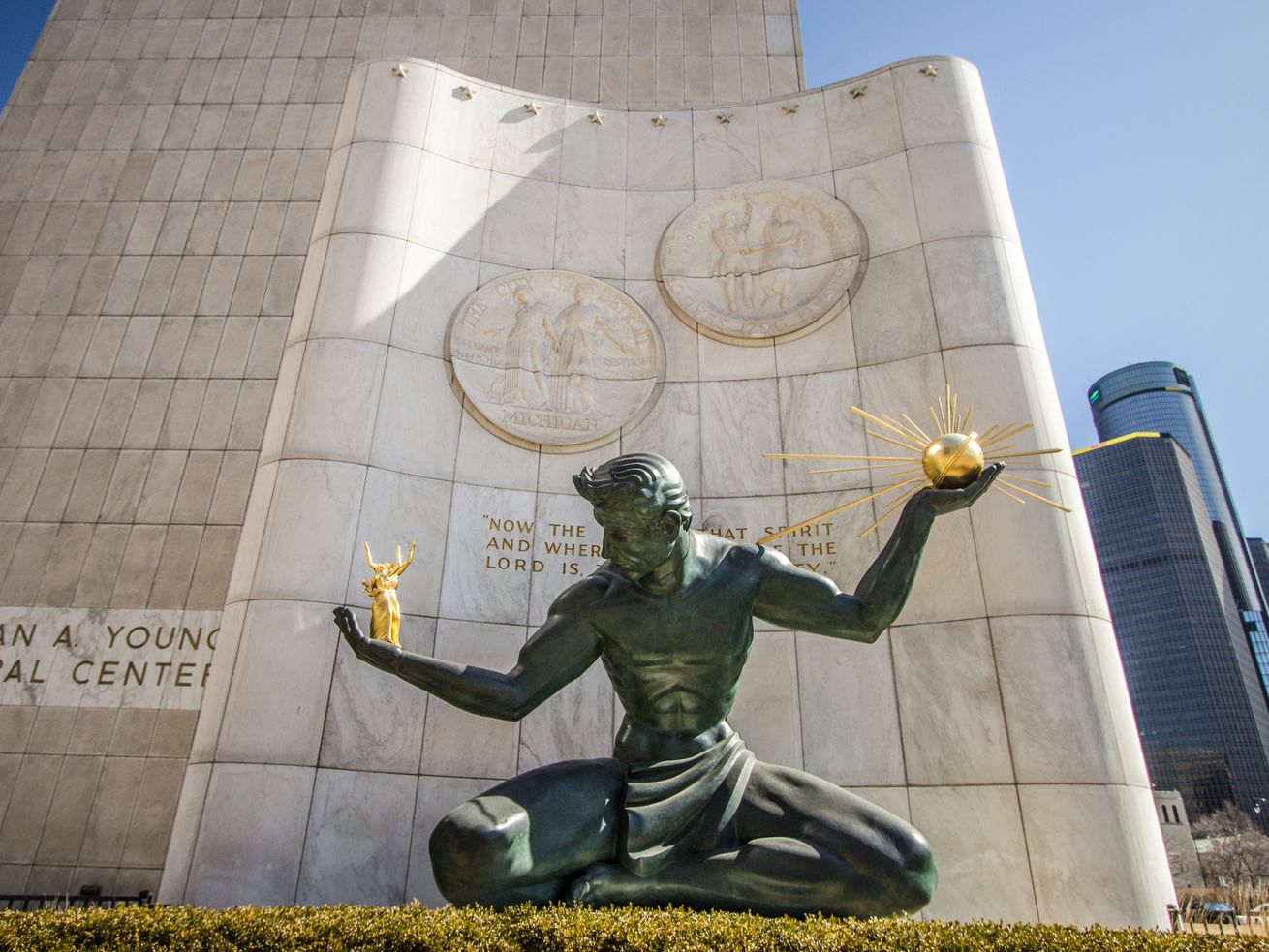 When considering landmarks that represent the city, one of the most recognizable (and photographed) is the iconic Spirit of Detroit. Designed by Detroit-based sculptor Marshall M. Fredericks, the bronze statue was cast in Norway and shipped on a German freighter to Detroit. It sits in front of the Coleman A. Young Municipal Building; one hand holds an orb symbolizing divinity, while the other holds a family symbolizing relationships. Sometimes, the Spirit dons jerseys when one of our major sports teams makes the play-offs.

But in May, many will gather to celebrate the Spirit itself.

To commemorate the 60th anniversary of the Spirit of Detroit, a gala is planned for May 12 through the Detroit-Wayne Joint Building Authority and the Downtown Detroit Partnership. The event will be held at Minoru Yamasaki’s One Woodward, directly across the street from the Spirit of Detroit. Tickets are currently on sale for $60 and $250, and proceeds benefit the Marshall M. Fredericks Sculpture Museum at Saginaw Valley State University.

For a look at how the sculpture was created, shipped, and placed in Detroit, check out this video from the Detroit Historical Society.