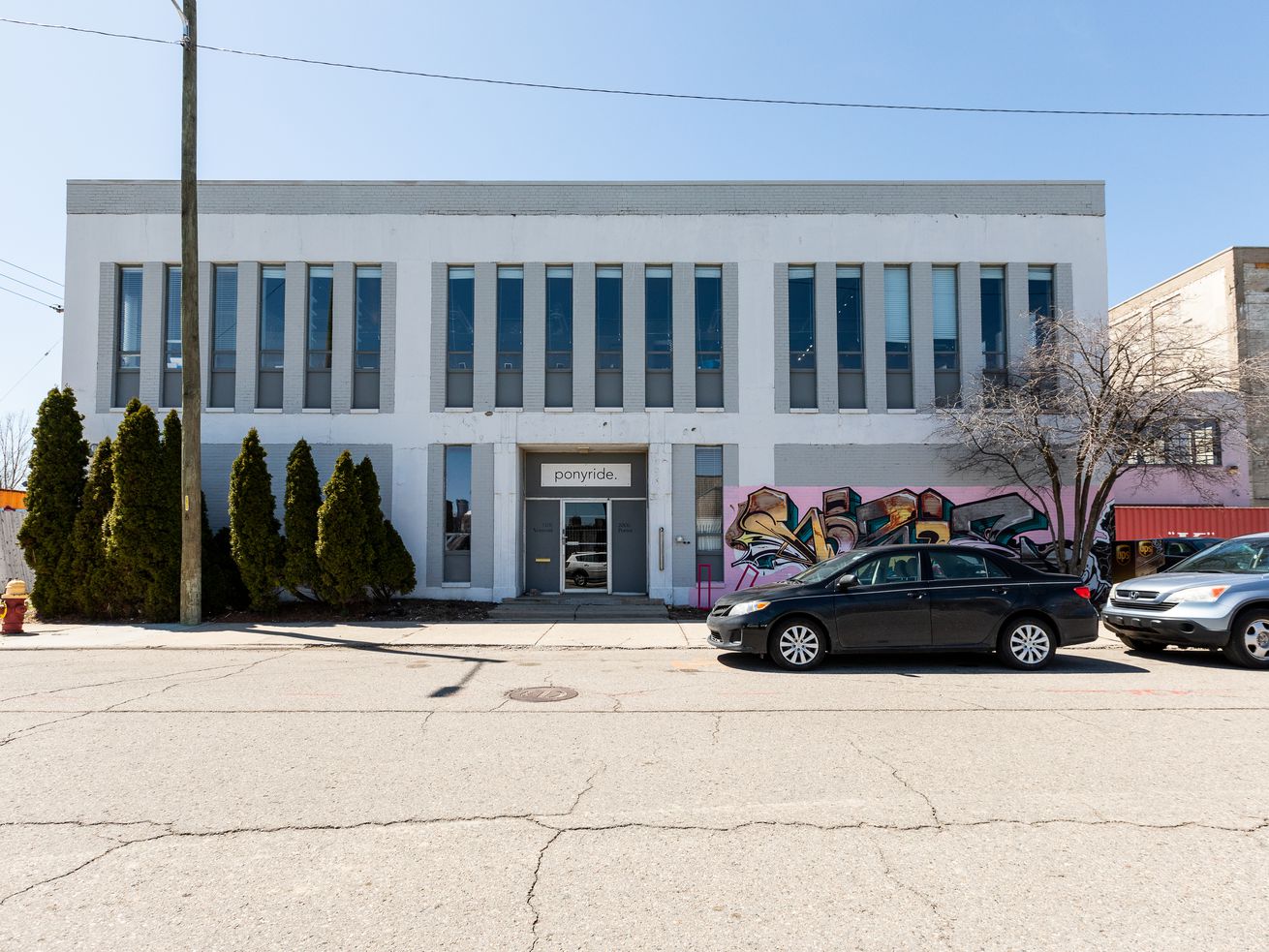 Corktown is speculation central right now, with dreams of Ford moving into the old train station. Ford will for sure be moving over 200 employees into The Factory in Corktown this year. Now, one of the most predominant spaces has officially hit the market, with a price tag of $3,500,000.

Ponyride announced earlier this year that they’d be moving from Corktown into the building that houses Make Art Work and Recycle Here, closer to New Center. At the time, they thought they had a buyer for the Corktown building. Crain’s reports that the deal never closed. The building was purchased in 2010 by Phil Cooley for $100,000.

The two-story building spans 28,000 square feet, and has been the home of many start-ups, small businesses, and artists since then. The building has high ceilings, huge (newer) windows, martini columns, new HVAC, concrete floors, and the all-important parking. It sits on Vermont Street, close to the train station, southwest Detroit, and all the businesses and restaurants in Corktown. The full brochure from O’Connor Real Estate can be found here.