Posted at 14:45h in Uncategorized by admin 0 Comments
0 Likes
Share 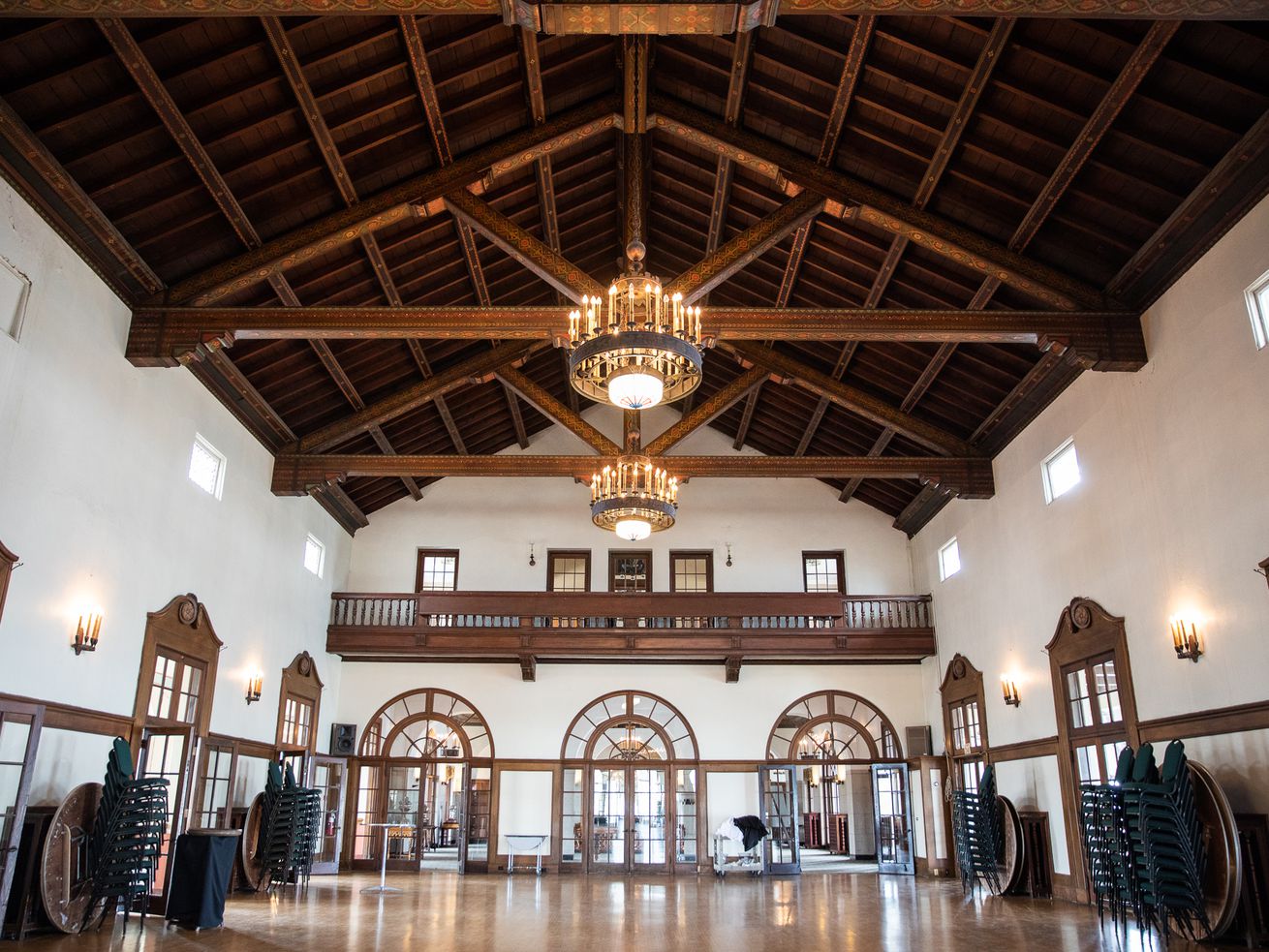 The Detroit Yacht Club building turns 95 this year, and while this historic building sees many events and activities with its members all year, it still shows its age. We recently toured the building with the Detroit Yacht Club Foundation—a non-profit that works to restore the building—to see the efforts that have gone into restoration in the last five years, as well as work that still needs to be done.

Designed by George Mason, the 93,000-square-foot building features one of the grandest ballrooms in Detroit, as well as an indoor pool, a gym, dining facilities, verandas and a patio, an outdoor pool, and of course boat docks. The DYC Foundation was formed to maintain and preserve the building after the DYC was listed on the National Register of Historic Places. In the past five years, the DYC has undergone about $1.2 million in restoration efforts. It has many more items on the list before the DYC turns 100 in 2023.

DYC Foundation President Mark Lifter tells Curbed that they prioritize improvements by safety and structural needs, and balance tasks by what members can see. Many improvements are necessary but invisible; he describes it as “sealing the envelope,” or preventing water from coming into the building. This includes extensive roof work and window restoration.

In the 1950’s, a projector was added to show movies in the ballroom. But the area where they built the projector kept leaking, and they had to remove it and redo that area of the roof.

Much of the exterior work also involves replacing the stucco, masonry, painting, and fixing the verandas, which are constantly exposed to the elements.

Inside, the work continues with plumbing, plaster, and painting. The main ballroom is allegedly the largest remaining wood ballroom floor in Detroit. Impressive wood beams line this room, and carefully repainting them is one of the foundation’s next targets. All around the room, you’ll see incredible medallions, massive chandeliers, a Pewabic tile fountain on the side (Mary Chase Perry Stratton was a member), and that fireplace.

In what used to be the original dining room lies another gem. A tiled fountain, where you can see the sun setting and stars rising, was once covered with drywall. Can you imagine mistakenly finding this?

Another target for restoration is in the indoor pool area. This area has many challenges, with the ceiling being the largest. Currently, a net hangs below the ceiling to protect swimmers. Corrosion, moisture, and chlorine have eroded the areas above, and work will be done soon to fix this. The pool itself was created with hundreds of small tiles, and beautiful hand-crafted tiles line the walls surrounding it.

The DYC Foundation hosts fundraisers throughout the year that are open to the public. The next one, the Sixth Anniversary Gala, is scheduled for Friday, May 4. Proceeds benefit the ongoing restoration work of this historic building. Here’s a look around.