27 Apr The Downtown Synagogue is getting a new mural

Posted at 13:02h in Uncategorized by admin 0 Comments
0 Likes
Share 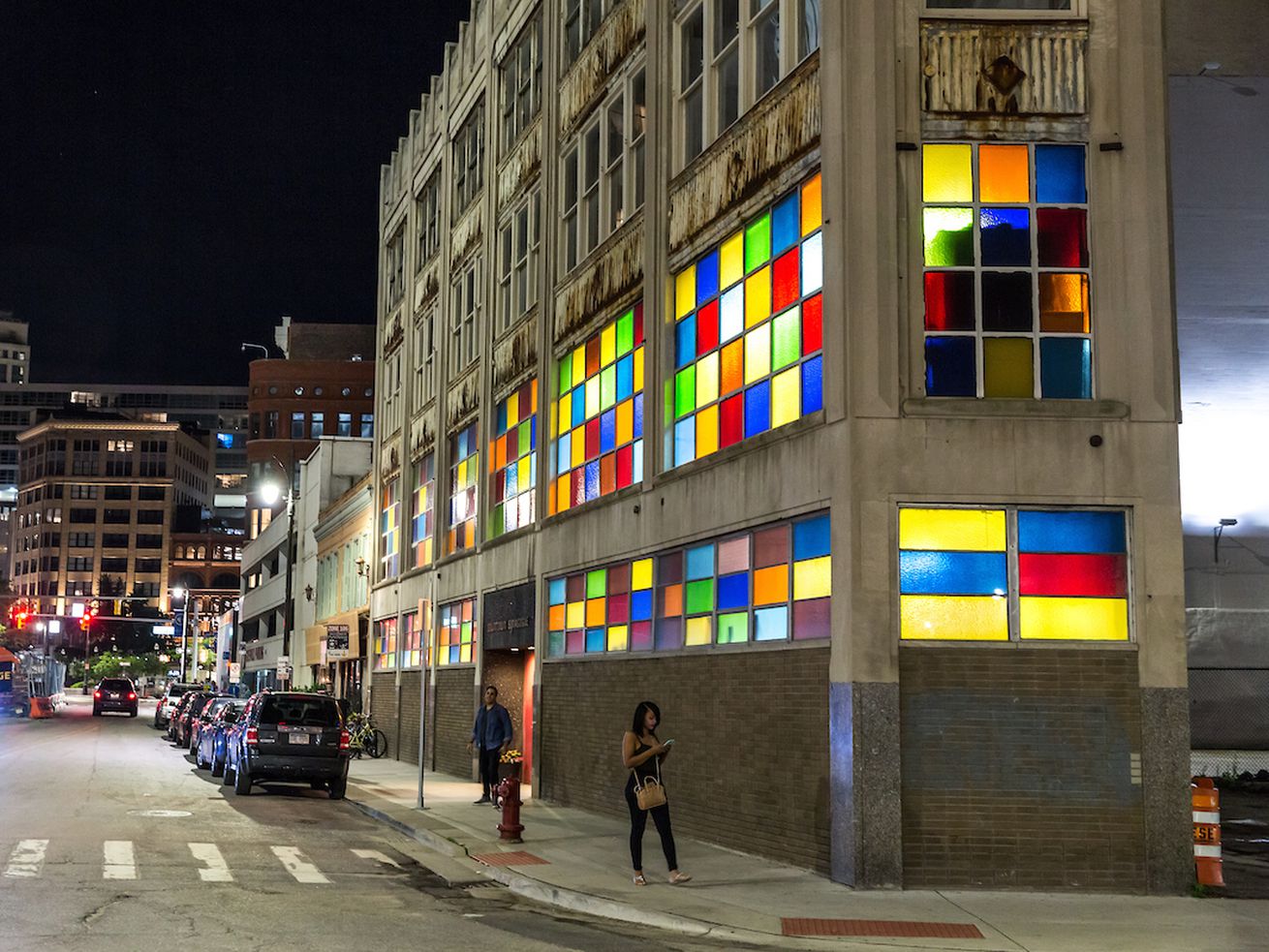 It’s mural season in Detroit. The triangular and colorful Isaac Agree Downtown Synagogue will see a new mural on its bare west-facing side. Artist Bunnie Reiss is starting the jewel-toned mural today.

Executive Director Arlene Frank tells Curbed that along with the building improvements that came about last fall, this adds another exciting building project to the Downtown Synagogue. “Creativity is the hallmark of this project, as, beginning today, a mural is being painted on the back wall of our historic building, adding to the many striking murals that now grace Detroit,” says Frank. “We have engaged Bunnie Reiss, a nationally renowned mural artist, who travels extensively creating vibrant murals that connect with people and bring art into communities.”

Mural progress can be followed at Bunnie Reiss’ Instagram page. Reiss says of this mural:

I was exposed to a huge sense of community and gathering growing up in a large family, and my style is heavily influenced by the tradition of folk art from my Eastern European ancestors. My symbols, magic, colors, etc are heavily influenced by the subtle images I saw throughout my childhood. I thought of this often when working on the initial design for the mural, and decided to embellish the side of the building with magic symbols that will bring happiness, good luck, compassion, and kindness. I wanted to honor the architecture of this very old and beautiful building, and keep jeweled-toned imagery isolated and floating. The curves and design of the building will be enhanced, and the mural will work in harmony with the stained-glass windows and other original architecture.

Weather-permitting, the mural should be completed in the next week.

Mural enthusiasts should note that another mural is going up on the nearby Detroit City Club Apartments.