Posted at 11:40h in Uncategorized by admin 0 Comments
0 Likes
Share 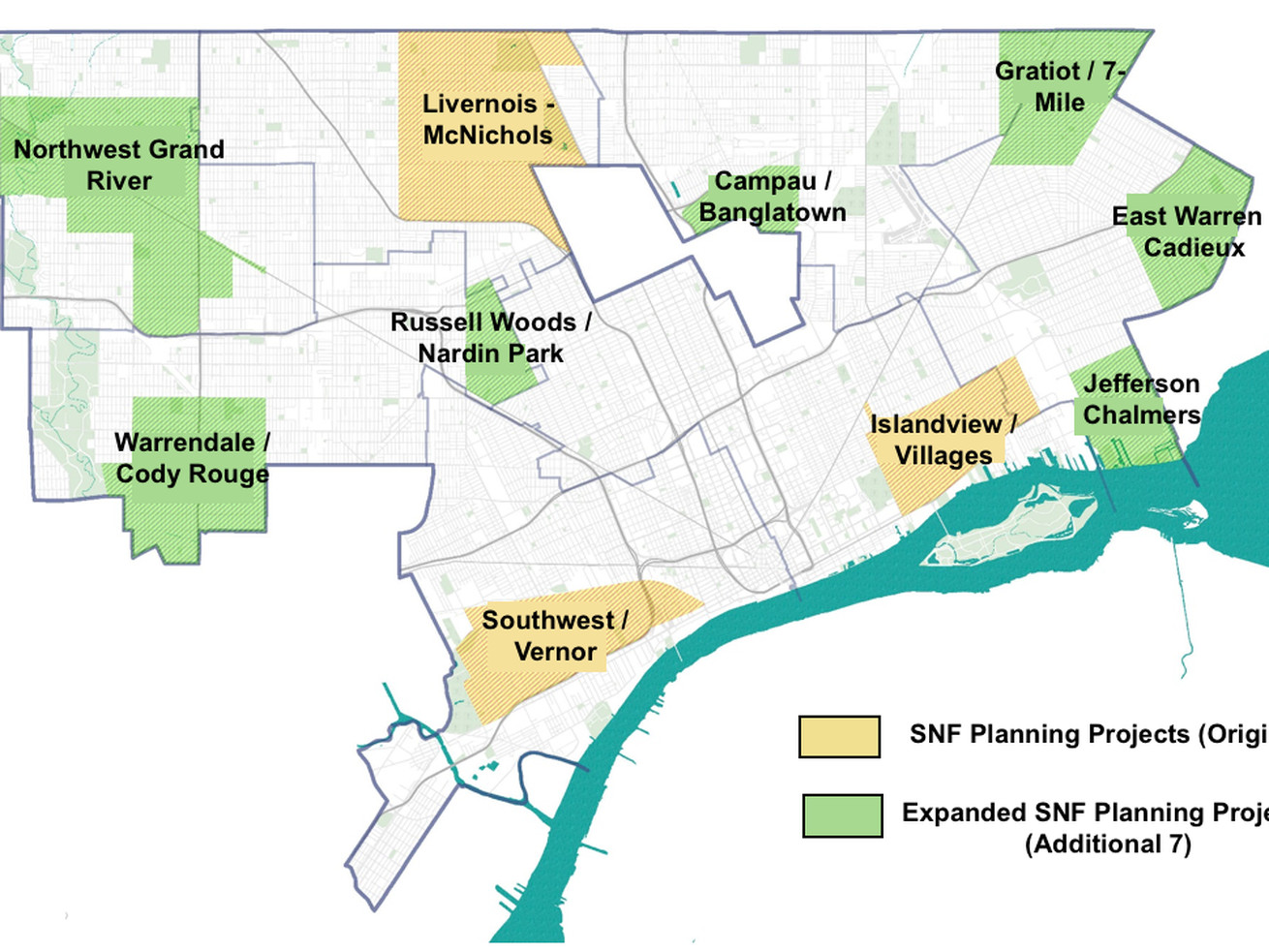 In the last few years, investment has been slowly moving from downtown and Midtown and into Detroit neighborhoods. Specifically, the Strategic Neighborhood Fund (SNF) is a combined effort between the City, J.P. Morgan Chase, and many foundations to boost development in certain areas.

The Fund launched in 2016 with three targeted neighborhoods: the Villages, Southwest Detroit, and Livernois-6 Mile. We’ve seen developments such as the Coe—the first ground-up construction in West Village in decades—benefit from the SNF. The large Fitzgerald revitalization program is also part of this fund. These neighborhoods have also seen work around stabilizing housing and improving streetscapes.

Now, as reported by The Neighborhoods, the City is expanding the SNF to an additional seven neighborhoods in all corners of the city with a $130 million investment.

What can we expect next? Planning and discussions will take place in the coming months around what will work best in each neighborhood. The city has released RFPs in the last year for Campau/Banglatown and Russell Woods. We’ve seen a lot of business and real estate activity in the Grand River corridor in recent years. Along the East Warren corridor, neighborhoods like East English Village and Morningside have seen increased real estate sales, but the commercial side has been slow to catch up. Jefferson-Chalmers was named a National Treasure in 2016; home and commercial building preservation efforts have been in the works since.