Posted at 10:30h in Uncategorized by admin 0 Comments
0 Likes
Share 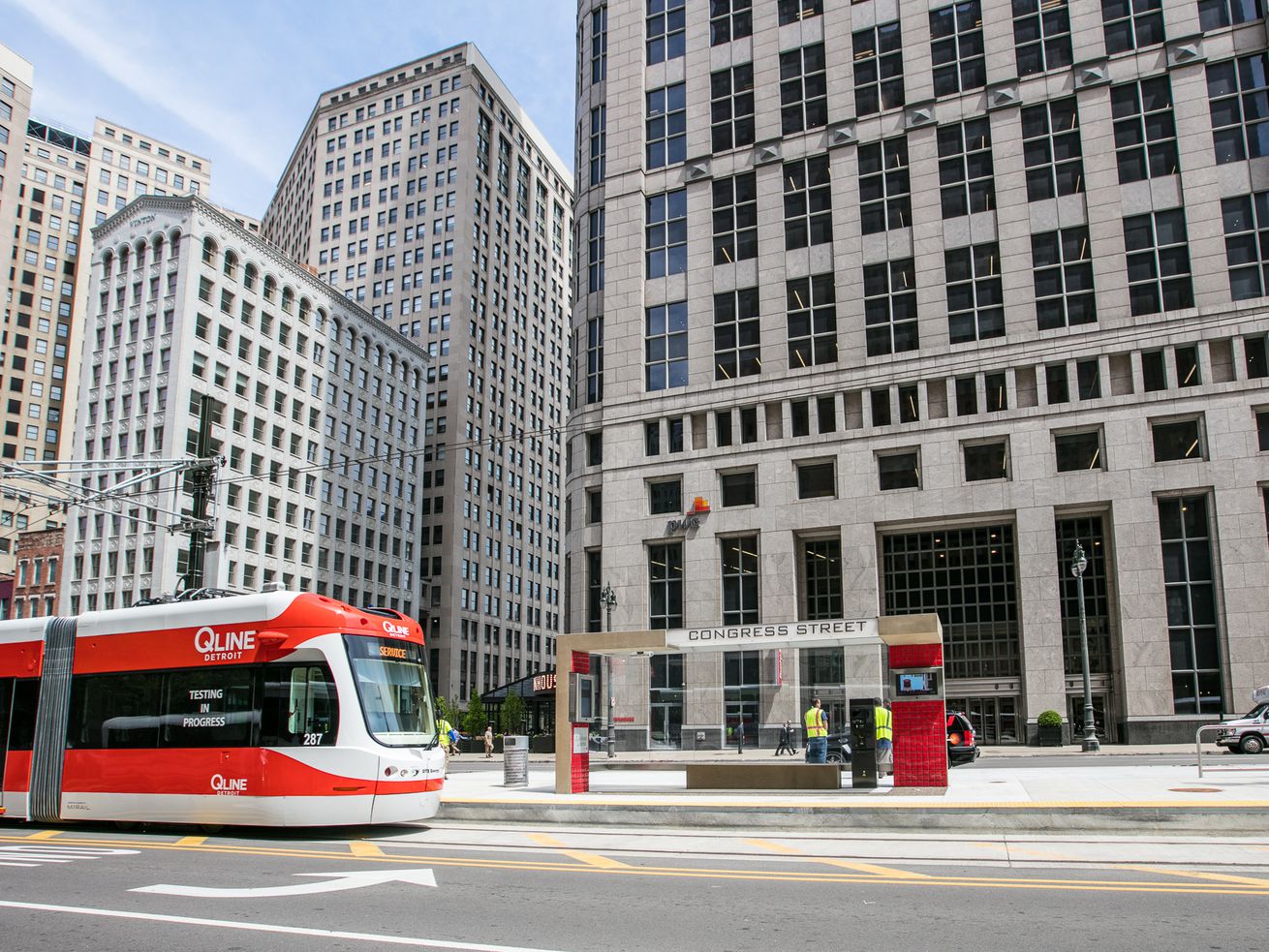 It’s already been a year since Detroit’s latest streetcar started rolling down Woodward. The Qline has released its first year report, revealing numbers, challenges, and future plans for the M-1 rail.

While the report says that ridership is on par with other cities, the streetcar saw a significant drop in riders from November to April. In its first six months from May to October 2017—keep in mind that the first four months were free—the Qline saw an average of 4,660 riders daily. From November to April, that number dropped to 2,700. In total, the Qline had 1,350,000 rides in its first year.

Wait times for the streetcar have improved quite a bit. A year ago, it wasn’t uncommon to wait 19 minutes or more between arrivals. Now, that number is down to 10 minutes.

Streetcars not arriving on schedule were the top complaint, according to the report. The M-1 Rail plans to release a new, more accurate interface soon that will address traffic conditions and other factors that may affect the Qline’s arrival.

M-1 Rail president and CEO Matt Cullen says that they’re continuing to work on service improvements. “We are working in close collaboration with the City of Detroit and MDOT to reduce delays by stream-lining the process of towing vehicles obstructing the QLINE and preventing snow blockages during winter storms. The QLINE has also helped lead discussions with Olympia, Rock and other private partners to reduce delays during special events. We are optimistic these changes will lead to more reliable service for our riders.”

The report noted 18 reportable accidents in its first year of service.

The Qline still positions itself as a catalyst for development, noting new developments like Baltimore Station and the Mike Ilitch School of Business opening soon.

The report also states that the Qline will be working with DDOT and SMART in the coming year to streamline ticketing for easier transfers.

The full report can be found here.

Have you been riding the Qline this past year? What changes have you noticed? What improvements would you like to see? Feel free to comment below or hit us up on the tip line.