03 May The origins and demise of Delray

Posted at 15:22h in Uncategorized by admin 0 Comments
0 Likes
Share 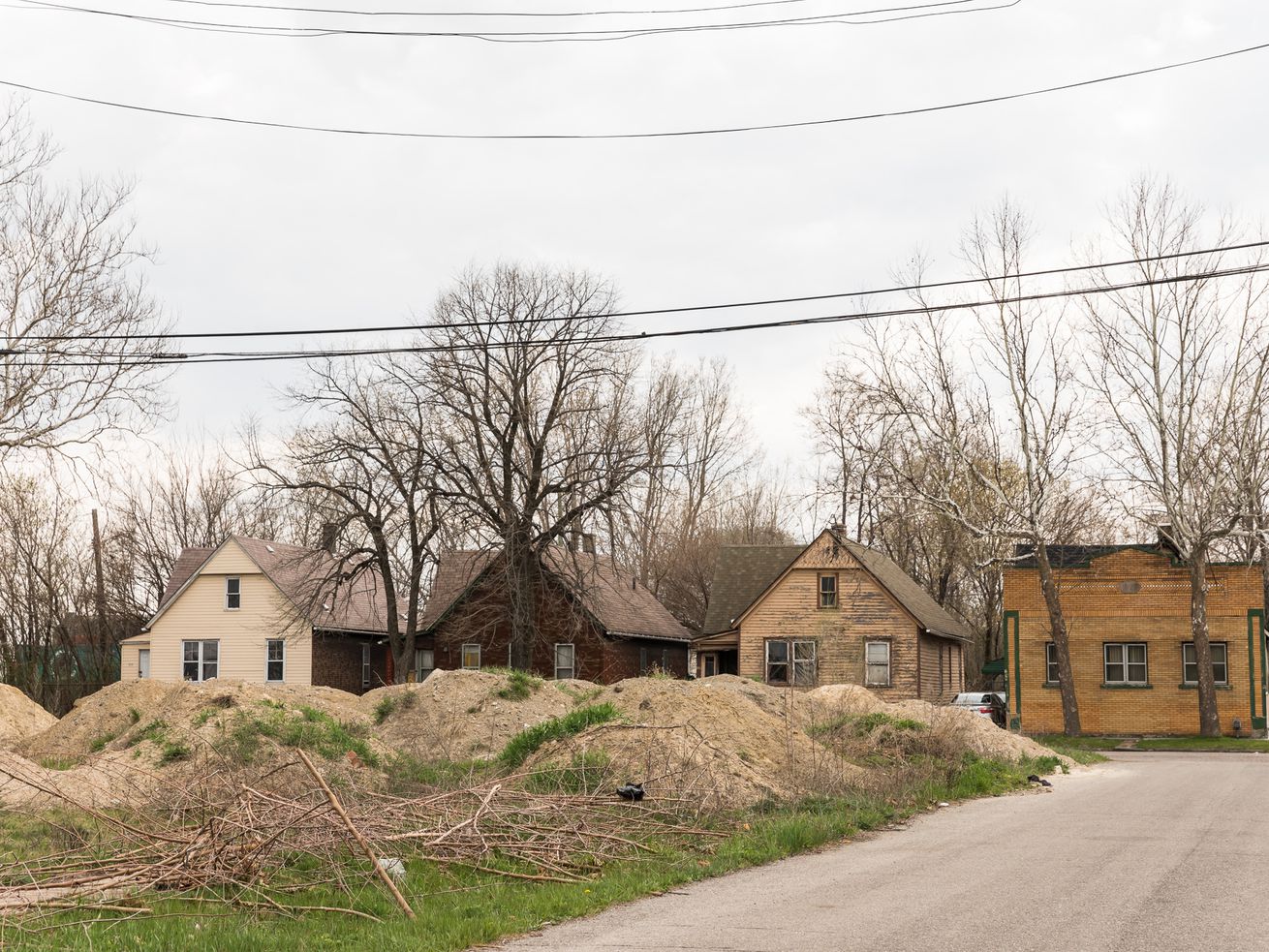 Once a thriving, independent village, only 2,000 residents remain in the heavily industrialized southwest Detroit neighborhood.

It is remarkable that Delray survived as long as it has. With the imminent construction of the Gordie Howe International Bridge, and the city’s offer of a free home—plus funds for renovation—for up to 240 families who wish to leave, it seems as though Delray’s often-feared demise may finally become a reality. As we look back at its history, let us remember that the roots of its exploitation go back farther than they at first appear.

A millennium ago, Delray was a burying ground for a lost civilization. Several burial mounds, dating to as early as 750 A.D., were scattered along the sandy bluffs that once lined the shore here. The largest of these, the Great Mound of the River Rouge, covered more than an acre and stood 40 feet tall. Although souvenir hunters of early Detroit would routinely desecrate these sites, Delray’s marshy shore was largely undisturbed under French and British rule.

The first road in Delray was a military highway cleared by U.S. troops in 1812, intended to connect Detroit and Fort Meigs, Ohio. The road was resurveyed in 1822 and survives today as Jefferson Avenue. During the land craze of the 1830s, some local investors purchased a few acres on this road on Delray’s west side, drew up a village plat, and called it “Belgrade” in 1836. The investment evidently failed, and the land was later replatted.

The thinly populated farming community was on its way to becoming a village when Elisha and Caroline Chase subdivided a few acres around what is now Jefferson Avenue and West End Street into building lots. The plat, entitled “Delray,”was drawn in 1856. Delray native Arthur L. Burdeno claimed that his grandfather, Augustus D. Burdeno, named the settlement “after a town in Old Mexico” where he was stationed during the 1847 U.S. invasion. This was probably Molino del Rey (“King’s Mill”), then just outside of Mexico City.

Elisha and Caroline Chase came to own the land beneath the Great Mound, which was comprised mostly of fine sand. They hired Augustus Bordeno and his son, Louis, to dig sand out of the mound and sell it on the docks at Detroit for 2½ cents per barrel. In the process they uncovered 1,300 skeletons, which they simply tossed into the Rouge River.

When Detroit’s economy boomed in the 1880s, the factories which began trickling into Delray in the 1860s were drastically altering the landscape. The Detroit International Exposition was held here between 1889 and 1894—an event for which the Great Mound was finally leveled. The Solvay Process Company purchased the exposition grounds in 1895, taking advantage of the salt deposits beneath Delray to manufacture sodium carbonate. The Detroit Edison Company built a power plant adjacent to the Solvay property in 1903, and in the process destroyed an old Native American land construction known as the Springwells Earthworks.

Across the Rouge River from Delray was a marshy peninsula, which owner Samuel Zug allowed to be turned into an island with the digging of a shipping channel in 1888. Later named “Zug Island,” the Detroit Iron Works built a foundry here in 1901.

Along with the new factories came inexpensive immigrant labor. Most notably, Hungarians flocked to Delray beginning in the 1890s, as did Poles and Armenians. Outsiders sometimes referred to the neighborhood as “Hunky Town,” utilizing an old slur against immigrants from central Europe. Residents of old Delray recalled that one could live their whole life in the neighborhood without ever speaking English.

In order to deliver badly needed services to its growing population, Delray incorporated as a village in 1897. Since 1818, it had been part of Springwells Township. The Wayne County Board of Supervisors approved the incorporation on October 26, 1897, and the village held its first election on November 25, Thanksgiving Day.

Delray’s independence was short lived. George Scott, a state representative from the village, introduced legislation in 1905 by which Detroit would annex Delray, the village of Woodmere, and part of Springwells Township. Scott attempted to rush the bill through without giving Delray a chance to vote on the matter, but a referendum provision was later tacked on. The bill, which Governor Fred Warner signed on June 8, 1905, required voting districts to be established, voters to register, and a special election to be held within 55 days of its passage. On July 31, 1905, Delray rejected the annexation by 449 to 370, but it did not matter—the “yes” votes elsewhere in the annexation area were enough to change the outcome. Delray officially became part of Detroit on April 1, 1906, and Detroit added $20 million in property to it tax rolls.

Throughout the 20th century, the industrialization that gave Delray its success also spelled its own undoing. The neighborhood’s population peaked at 23,000 residents in 1930, declining even during the post-WWII boom. City planners decided in the 1950s that residential zoning should be phased out of Delray, and they have been on the slow march toward victory ever since. Marathon’s oil refinery, located here since 1930, was expanded in 2012 over neighborhood protests. Delray is also home to the largest sewerage treatment facility in North America. And just west of the neighborhood is the 48217 zip code, found to be the state’s most polluted.

Soon a new bridge will land not far from where the Great Mound once stood, welcoming travelers to a 170-acre customs plaza constructed in the middle of what was once “Little Hungary.” Let the bridge stand in memory of the village that once was, and as a reminder of the fleeting and impermanent nature of all things.

Paul Sewick writes about the historical development of metro Detroit at Detroit Urbanism and is the founder of the historical property research company House Stories LLC.