07 May Canine to Five finally expanding its Midtown location

Posted at 14:04h in Uncategorized by admin 0 Comments
0 Likes
Share 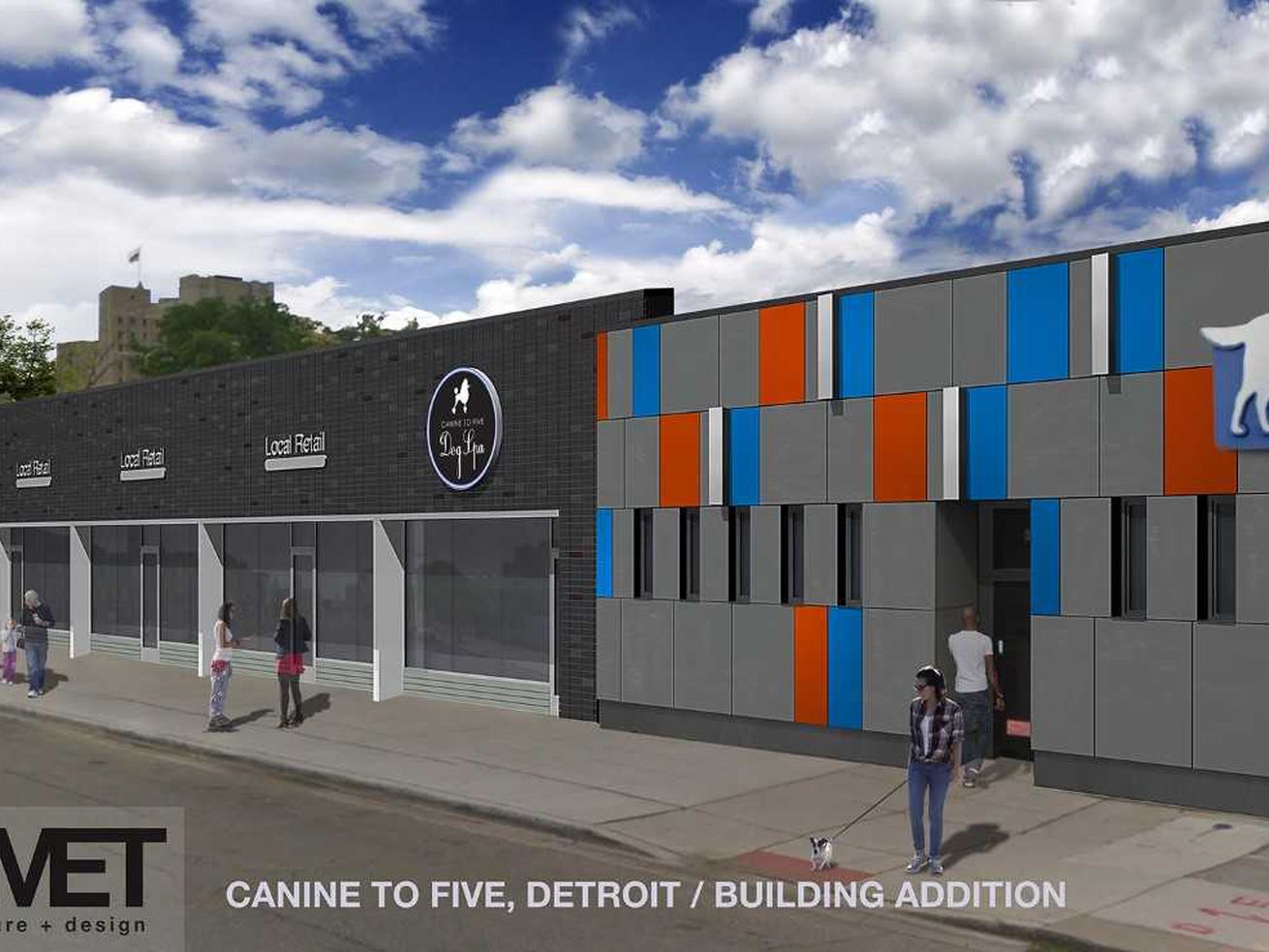 The pup-centric business is celebrating its 13th anniversary

A thriving Midtown business is finally undergoing an expansion that’s been years in the making. Canine to Five is currently celebrating its 13th anniversary on Cass Avenue, and after opening new locations in Ferndale and New Center, owner Liz Blondy is adding on to the original Midtown location.

Blondy purchased the land next to the building back in 2011 (the land was a community garden before), and started using it as an outdoor playspace for the dog daycare, grooming, and boarding facility in 2012. She saw the need and wanted to start building an expansion then, but banks weren’t lending. Instead of expanding the Detroit location, she opened Canine to Five Ferndale. As the business continued to grow, she opened an overflow location a couple miles away in New Center. The banks finally lended the money, and now construction is well underway.

The 10,000-square-foot expansion will include 2,700 square feet of retail space; they’re currently looking for retail tenants and that space should be ready by July. The full expansion will allow for a special section for senior dogs, small dogs, and overnight boarding, plus a new grooming space. They’re also expecting to start a three-month renovation of the current building in July, and they’ll move operations to the rear of their building. The $1.6 million total expansion will also include two parking lots—one for employees and one for customers. The architect on the project is DMET and the builder is Monahan.

Pups and visitors can expect the project to be fully completed by November.