08 May The Corner mixed-use development breaks ground in Corktown

Posted at 11:00h in Uncategorized by admin 0 Comments
0 Likes
Share 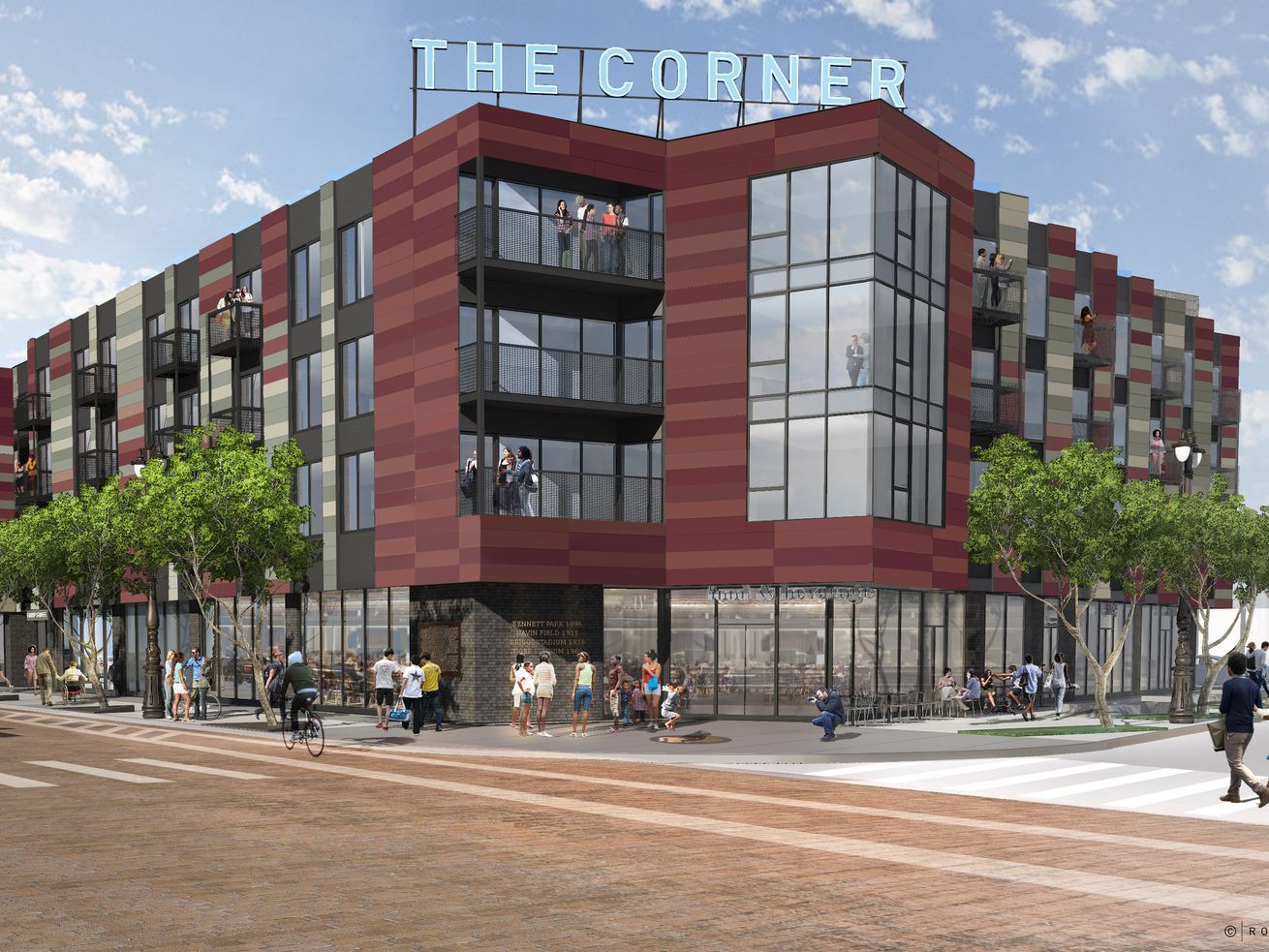 At the corner of Michigan and Trumbull

A development that’s been in the works for years finally breaks ground today.

The residential development called “The Corner,” led by Eric Larson and Larson Realty Group, will now take shape at the site of the old Tiger Stadium. The $30 million mixed-use development will have 111 residential units—studios, one- and two-bedrooms—plus 26,000 square feet of retail. According to a press release, the retail will have an emphasis on local businesses.

The housing component includes 20 percent “affordable” units of the 80 percent Area Median Income. 60 percent of the retail is expected to go for market rental rates for local businesses. The nonprofit Build Institute will also be a tenant at The Corner.

The development is aiming for an urban lifestyle feel, and sets itself up as being a gathering place for the community. The interior renderings reflect a similar design we’ve seen in recent apartment developments in Midtown and Brush Park. We also get a peek at what upcoming restaurants may look like.

The first major redevelopment on the site of the old Tiger Stadium, the Corner Ballpark, opened earlier this year. The residential development will line Michigan Avenue, wrapping around the corner to Trumbull.

The Detroit Tigers played at the site—which has been called Bennett Park, Navin Field, Briggs Stadium, and Tiger Stadium—until 1999. The Detroit Lions also played there from 1938-74.

Construction is expected to take about a year.