Posted at 14:11h in Uncategorized by admin 0 Comments
0 Likes
Share 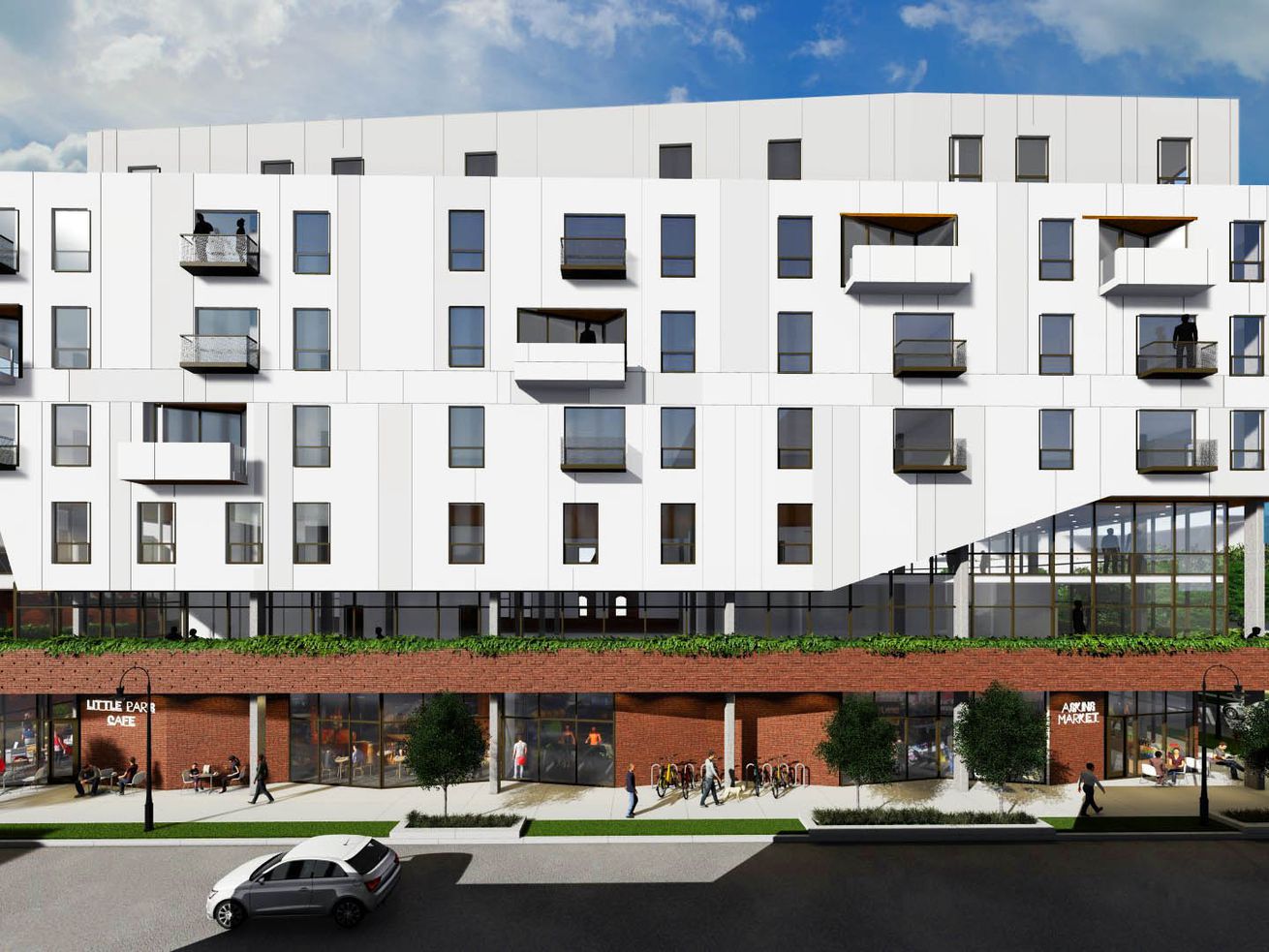 Plus an adaptive reuse of a crumbling carriage house

One new development still in the early stages is bringing up issues we could see in many neighborhood developments in the next few years. With the added need for density in the city—or going vertical as many are saying—how high is too high for the neighbors who’ve already invested in the neighborhoods?

Developers purchased the land at John R and Edmund Place years ago, and have been working with the neighborhood and the city on the new development. The mixed-use development includes three buildings, with one currently proposed at seven stories.

The building would sit right next to the familiar Lucien Moore House, and near the Carlton Lofts. Residents of the Carlton Lofts have voiced concerns over the new building obstructing their views, and for this development setting a new precedent for height within a residential neighborhood. There hasn’t been a building this tall in Brush Park in decades, and will impair coveted city views of long-time residents.

The development is led by 112 Edmund Place, LLC with Brush Park Properties, LLC. Oombra Architects, LLC are the architects on the project.

112 Edmund will have a street-level facade and retail that pulls back from the street, with pockets of space for pedestrians and social interaction. According to the developers,

True to the orientation of the historic mansion which once occupied this site, the residential entry and lobby is situated along Edmund Place, again set back, but this time to align and give deference to the neighboring Lucien Moore Home, to the west. A brick fascia band separates program uses and stitches together an historic material palette in the neighborhood allowing elements of continuity throughout the design. Underground parking will be provided for the residential units and an adjacent mixed-use parking facility will provide the required spaces for the rest of the development. The top of the building steps back from the facade to provide visual relief from the street and against the Lucien Moore home, but also doubles as outdoor terraces for penthouse residents. A greenroof sedum blanket will sit on top of the building and work to reduce stormwater runoff from the City’s sewer system.

The developers have been working with the city and the neighborhood to come up with the right height and dimensions for the neighborhood to try to meet the need for more residential. The developers tell Curbed, “The intent of the City’s Form-Based Code for Brush Park is to have taller buildings with greater density along John R and Brush Streets and the lower scale buildings mid-block along the east/west streets.”

2827 John R will be an adaptive reuse project of a carriage house once slated for demo. Neighbor Michael VanOverbeke led the vision for this building, which will have a restaurant in the carriage house, along with an outdoor dining space. Residential lofts and flats—each with its own terrace—will be built above the carriage house.

105 Alfred will be a three-story structure of walk-up townhomes with balcony space and green roof terraces.

The development still has to go through the Historic District Commission and the Planning Commission. More details and the neighborhood presentation can be found here.