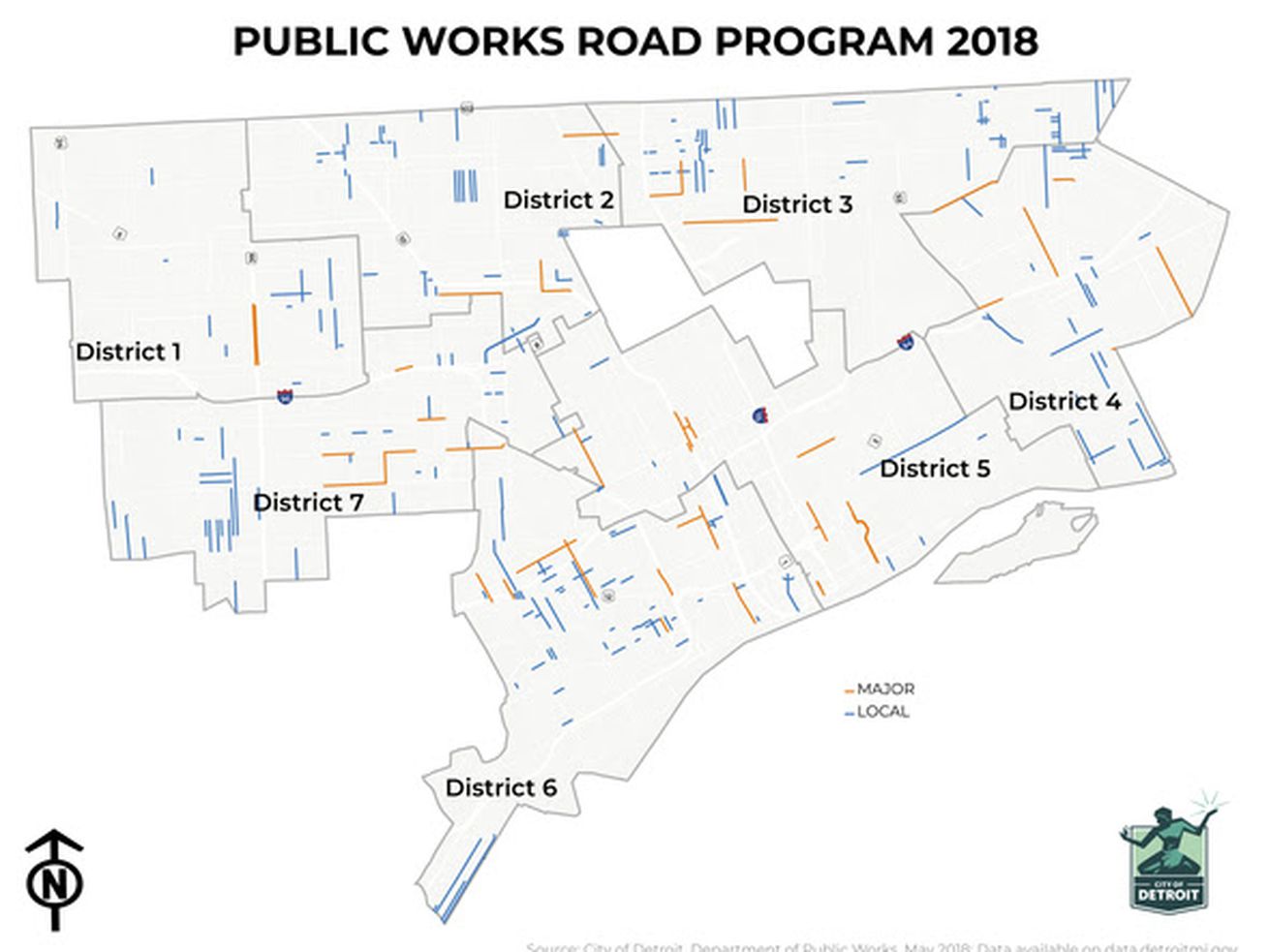 This winter was especially brutal for Detroit roads, with extreme temperatures leading to worse-than-normal potholes on metro Detroit roadways. Some relief is in sight. The city announced plans to repave 88 miles of roads throughout the seven districts in Detroit, including major thoroughfares, local roads, the Bagley Street Bridge, the West Parkway Culvert in Rouge Park, and various sidewalks.

The total project cost is $58 million; $17 million will be used to pave 17 miles of major roads. Much of the funding comes from bond funds approved last year for improvements to several of Detroit’s major commercial corridors.

Work has already started on some of the repaving. A full list of roads can be found here; to look at specific roads in your neighborhood, along with other services like garbage, recycling, and more, that information can be found here.