Posted at 11:37h in Uncategorized by admin 0 Comments
0 Likes
Share 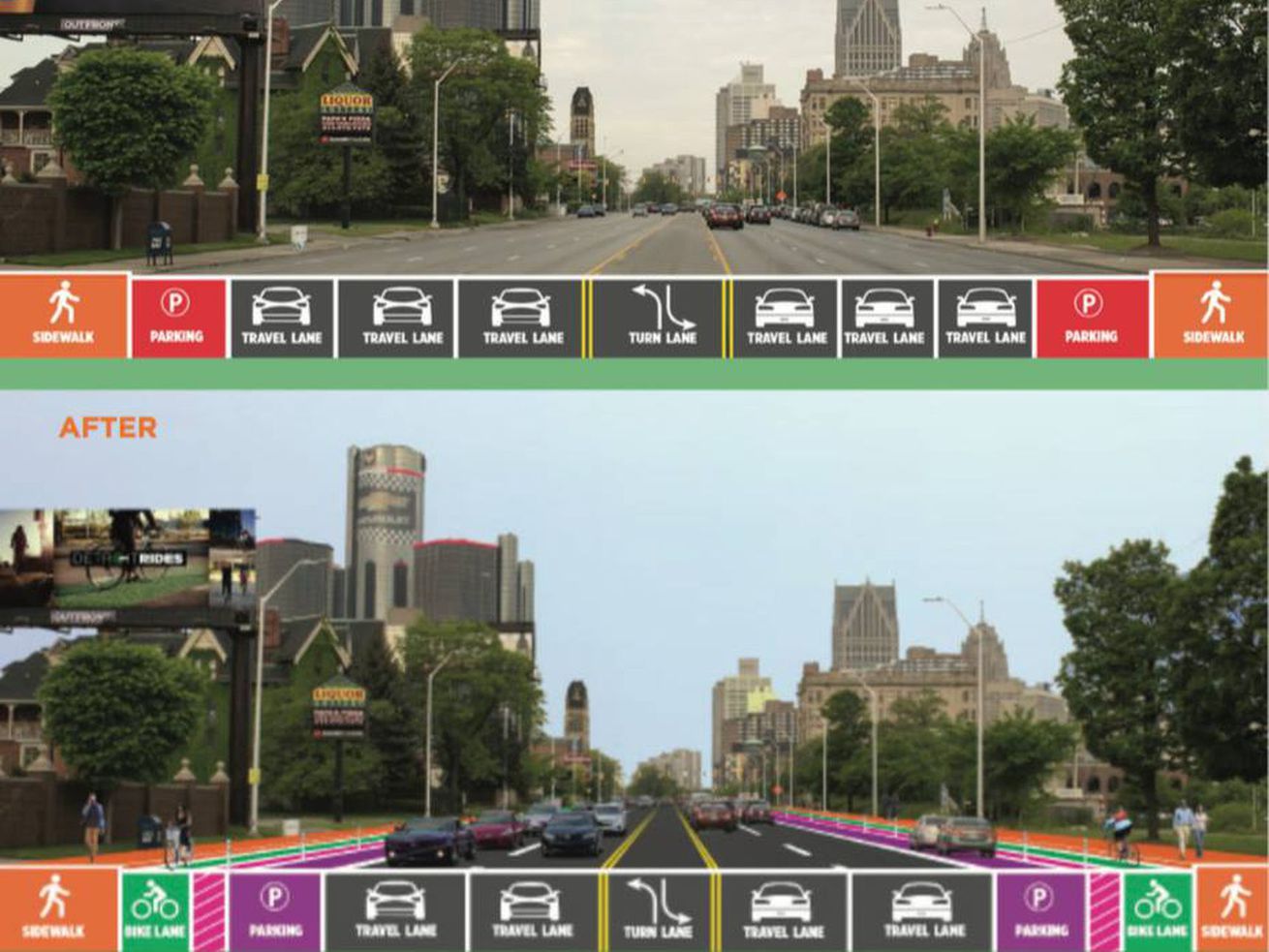 Detroit’s main road from downtown to the eastern suburbs will start to undergo a road diet starting this week. East Jefferson will go from seven traffic lanes to five, with protected bike lanes and clearer pedestrian crosswalks.

The work starts this week on the easternmost section, from Lakewood Street to St. Jean Street. The work will continue toward downtown with phase two, from St. Jean to Van Dyke. The last phase will see work from Van Dyke to Rivard Street.

It’s expected to finish up by July 4.

Like many Detroit thoroughfares, East Jefferson is extremely wide, making it difficult for pedestrians to traverse. Past Belle Isle, many apartment buildings sit on the river-side of the street, while many businesses sit on the opposite side.

Red boxes will also be added for bus stops.

Bike lanes will be green, and parking will be outside of the bike lanes (like in Corktown and Midtown). The city asks that drivers don’t park in the bike lanes, use caution when making right turns, and be careful opening car doors. Tips for bikers include riding with the direction of traffic, using the bike lanes provided, and being cautious at right turns. More information can be found here.

This plan has been in the works for a while. The easternmost end of Jefferson in Jefferson-Chalmers underwent this change a few years ago. This road diet should increase safety and accessibility from the neighborhoods to the Riverfront and Belle Isle.