Posted at 14:22h in Uncategorized by admin 0 Comments
0 Likes
Share 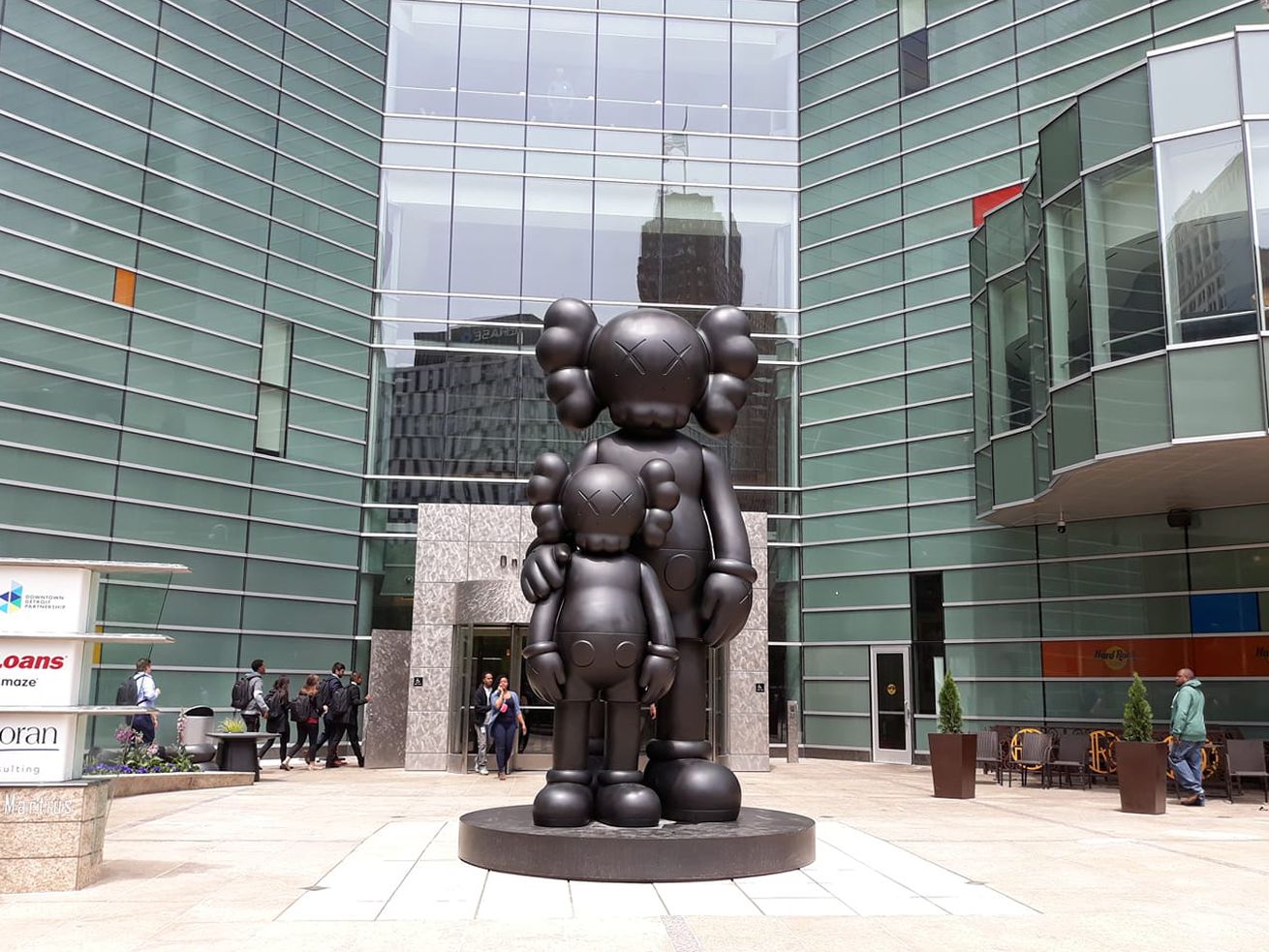 We’re waiting for your feedback

Downtown has a new piece of public art and it is noticeable. Standing 17-feet-tall outside of One Campus Martius, WAITING by Brooklyn-based artist KAWS, now stands overlooking the popular public space.

According to a press release from Bedrock, “WAITING features a figure known as ‘Companion’, who has been part of KAWS’ vision since the early 90s. This sculpture represents a parent and child in a moment of pause, composed of over 2 tons of bronze with black patina finish.”

The Detroit Free Press reports that Dan and Jennifer Gilbert purchased the statue for an undisclosed amount.

The artist will be in attendance for a public unveiling Tuesday at 6 p.m. He’ll also work with students from The Henry Ford Academy’s School for Creative Studies prior to the unveiling to create canvases that will be on display in the One Campus Martius atrium.

Everyone has an opinion on the new statue. We want to hear yours.