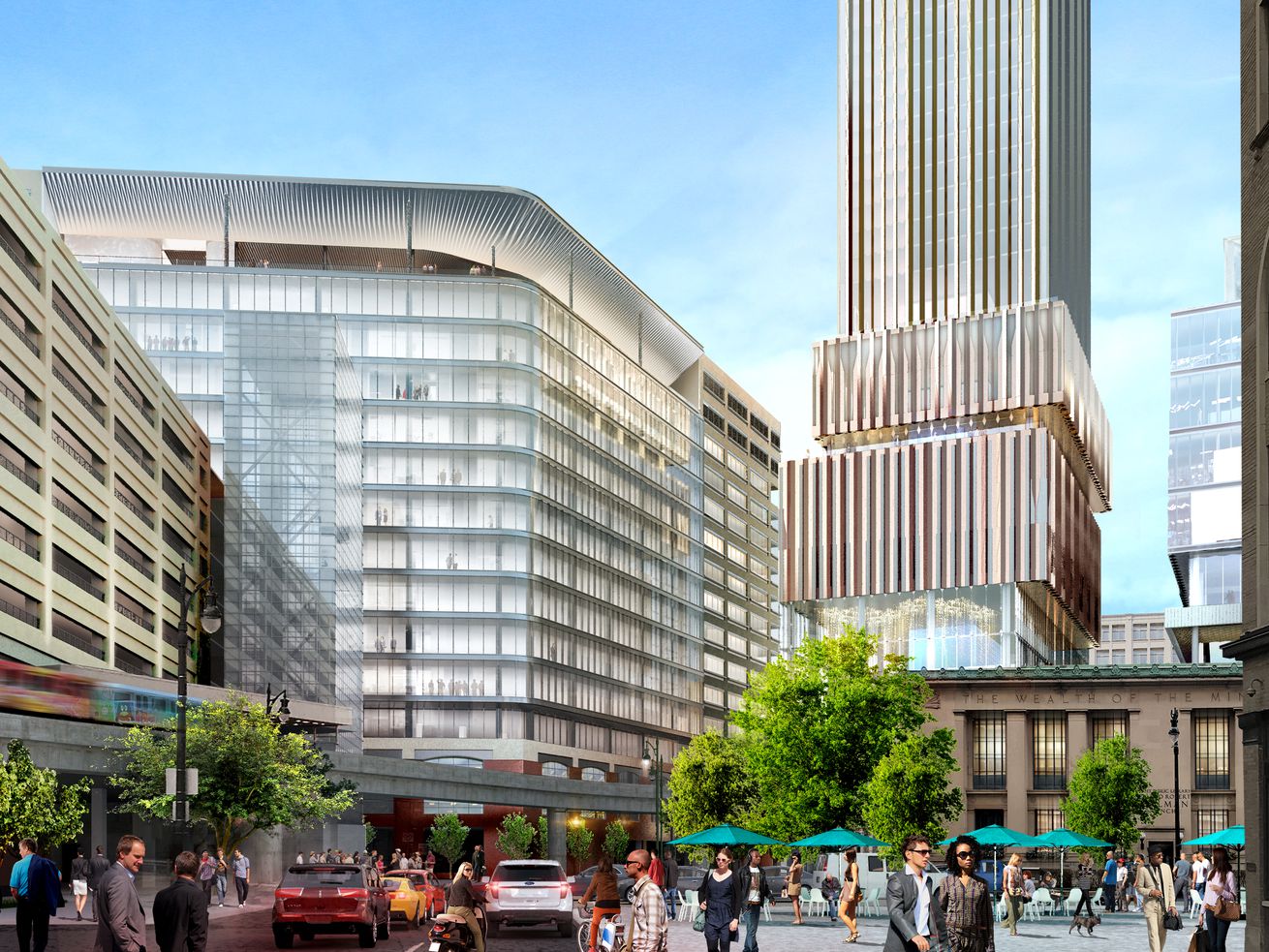 Four of Dan Gilbert’s largest current projects got a big boost from the state today, as the Michigan Strategic Fund approved huge tax breaks for the developments. The MIThrive program was developed to support “transformational” developments, and these four in the Bedrock portfolio total $2.15 billion.

The plan approves $618 million in tax incentives for the developer, close to a third of the total budget.

The Brownfield Tax Increment Financing (TIF) program through MIthrive uses, “a portion of new state tax revenue to help bridge the gap between today’s development and construction costs and market rents,” according to a release. Bedrock states that,

The TIF plan will enable Bedrock to secure approximately $250 million in debt financing of the $2.15 billion total project costs by authorizing the capture, over 30 years, of an average annual $18.56 million in newly generated taxes across the sites. All tax capture is limited to new tax revenues from the development sites themselves, and all debt will be issued by the developer—not the state or city.

The TIF plan exempts the state sales tax on construction materials used to build the projects, averaging a forecasted savings of $12.2 million per year over the expected five-year construction period.

Together, the TIF financing and sales tax exemption will cover approximately 15 percent of the project costs, with Bedrock responsible for 85 percent of the total $2.15 billion investment.

The TIF is not expected to capture any taxes from the City of Detroit or impact the school system.

The four transformational projects include:

One Campus Martius (seen above), in which a $95 million addition will be constructed, starting anytime.

The Hudson’s Site, which broke ground in December of last year. It has a projected completion date of 2023. Representatives from Bedrock said office prices could range from the high $30s per square foot to low $40s for the new developments, including Hudson’s. The project is expected to cost $900 million.

Bedrock representatives said they have a goal for breaking ground on the Monroe Blocks before the end of the year. This $830 million project will add office towers and residential between Campus Martius and Greektown.

Work on the Book Building and Tower has been underway for the last year, including stabilization, cleaning, and restoration work. Bedrock said they’re working to secure an architect for the interior design and programming, with a goal of completion in 2021. This project is expected to cost $313 million.