Posted at 08:46h in Uncategorized by admin 0 Comments
0 Likes
Share 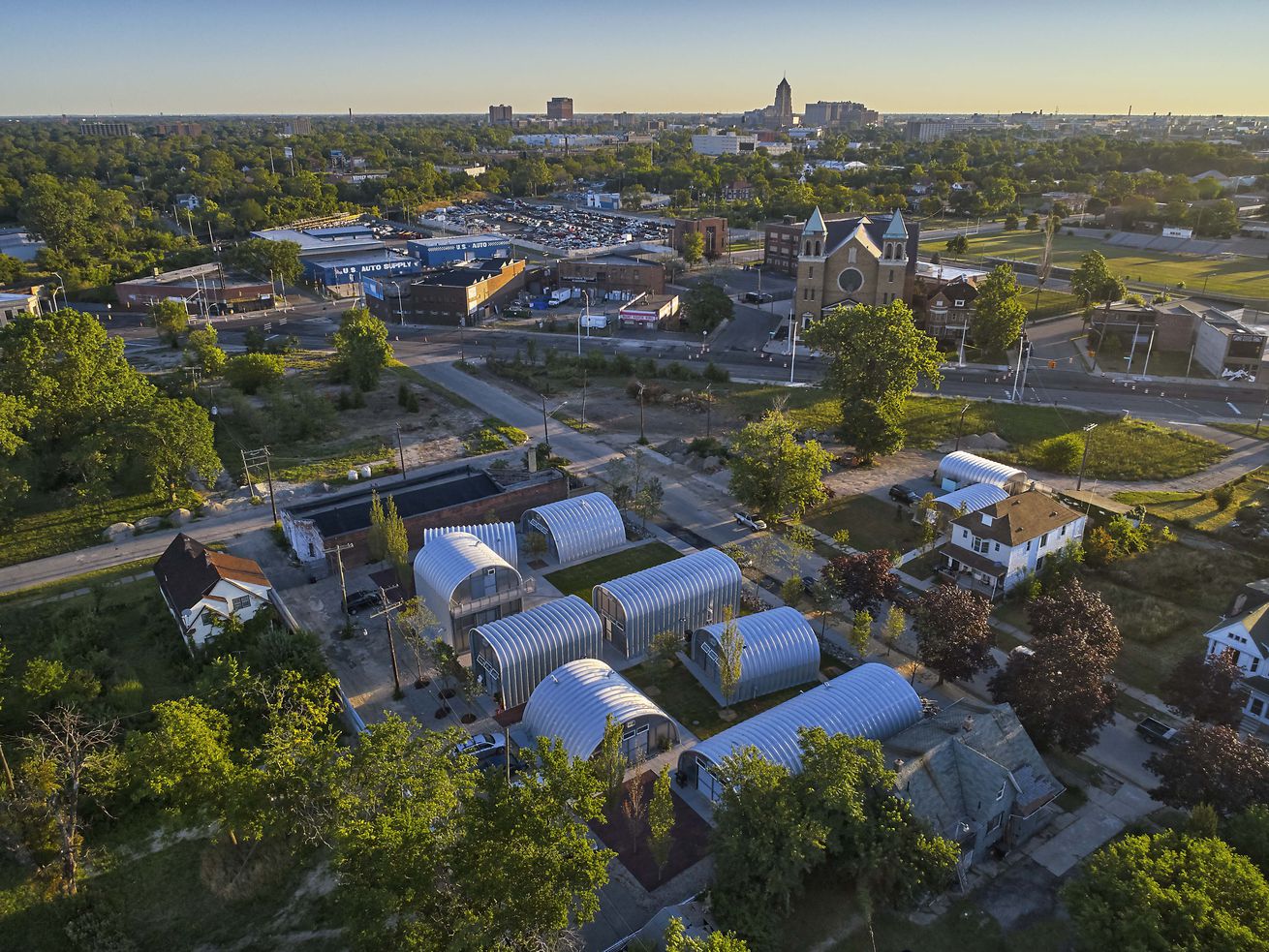 The area around the intersection of Grand River Avenue and Warren Avenue could quickly become the most unique development in Detroit. Nearby, True North houses multiple Quonset huts for living and working. In the coming months and years, developer Prince Concepts has plans for food, retail, art studios, a park, and residential space in new and old venues.

Led by Philip Kafka, who’s also part of the team that opened Corktown restaurant Takoi, the development spans 50,000 square feet of both adaptive reuse of older buildings and new construction.

The first to be completed will be the Sawtooth at 4884 Grand River Avenue. This will house a variety of businesses, including an Astro Coffee Roasting Facility, advertising agency Lafayette American, a commissary kitchen for Prince Concepts’ restaurants, Underdog Boxing, an artisanal jewelry company, and Prince Concepts. Some are already open here, and Astro Coffee/Ochre Bakery are expected to open this summer.

5K will have ground-level retail and eight apartments “for Detroiters transitioning from renting to owning a home.” The design of the 12,000-square-foot former grocery store is led by formerly New York City-based firm Undecorated and architect Et Al. According to a release, “The 8 gallery-style apartments will “occupy” the volume with sections of the existing roof covering the new units, which will share a beautiful, lush, landscaped courtyard and winter garden.” The units will range from 500-1,200 square feet and the front of the building will have commercial studio spaces for rent. Parking and landscaped gardens will also be included in this vision.

Magnet, located in a former radiator shop, will be a new 2,100-square-foot restaurant on Warren Avenue. The “vegetable-centric” restaurant will be led by Chef Brad Greenhill and designed by Undecorated—the lead designer of Takoi—with BIGG Designs as architect.

Still in the early design phases, the Caterpillar is expected to bring larger live/work rental spaces to a mostly vacant block. The units will be 1,300-1,900 square feet, with many common areas. This design is being led by Undecorated, Stamberg Aferiat + Associates (SAA), and Studio Detroit.

The entire project is meant to bring more walkability, stability, and creativity to the surrounding neighborhoods, including Core City, Woodbridge, and NW Goldberg. Kafka adds, ”We want energy. We want the neighborhood to respect the past, but also look to the future. We’re excited about the interesting neighborhood we’re a part of, and look forward to developing more of it.”

The development area sits largely between and around Forest and Warren Avenues, with True North to the southwest.