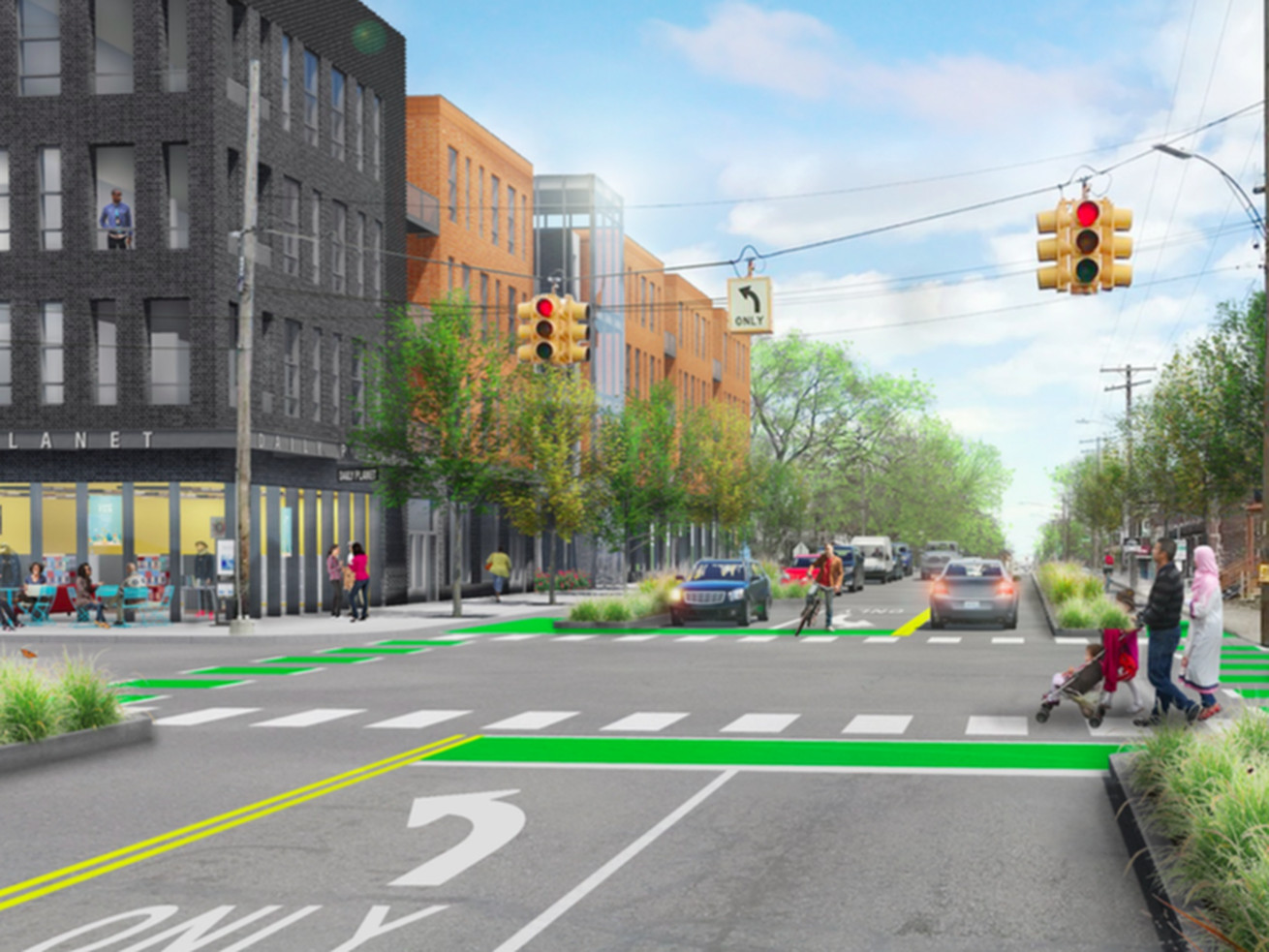 Improved streetscapes, affordable housing, landscaping current parks, and hopefully a grocery store are in the works in the Villages. The City has been hosting community meetings to gather feedback from residents, and details were recently revealed.

As part of the Strategic Neighborhood Fund, the improvements center around Islandview, West Village, Indian Village, and East Village. The City says that Butzel Playground would become a “centerpiece of the area,” with more playscapes, repairs, new entrances, and more programming. The City expects to seek a landscape architect for Butzel Playfield next year.

Housing would also be added to the same block at the Marcus Garvey school, with a new building with 54 units of affordable housing.

The busy Kercheval Avenue would see greater emphasis on pedestrians and bikes, with an effort to slow down traffic coming through. This could mean improved sidewalks and clearer bike lanes, plus more street-level retail with housing above.

The large development seen in the rendering above is still in the early phases, although a nearby house is in the process of being moved for it.

Affordable housing is key among residents, as prices have risen greatly in the past few years. An RFP to rehab older housing stock in the neighborhood will be issued later this year.

These improvements will cost around $5 million. The Strategic Neighborhood Fund started with targeted development in three neighborhoods—the Villages, Southwest Detroit, and Livernois/McNichols. Ten additional neighborhoods have recently been added to the plans.

Two more community meetings will be held in the Villages to gather feedback.