Posted at 10:35h in Uncategorized by admin 0 Comments
0 Likes
Share 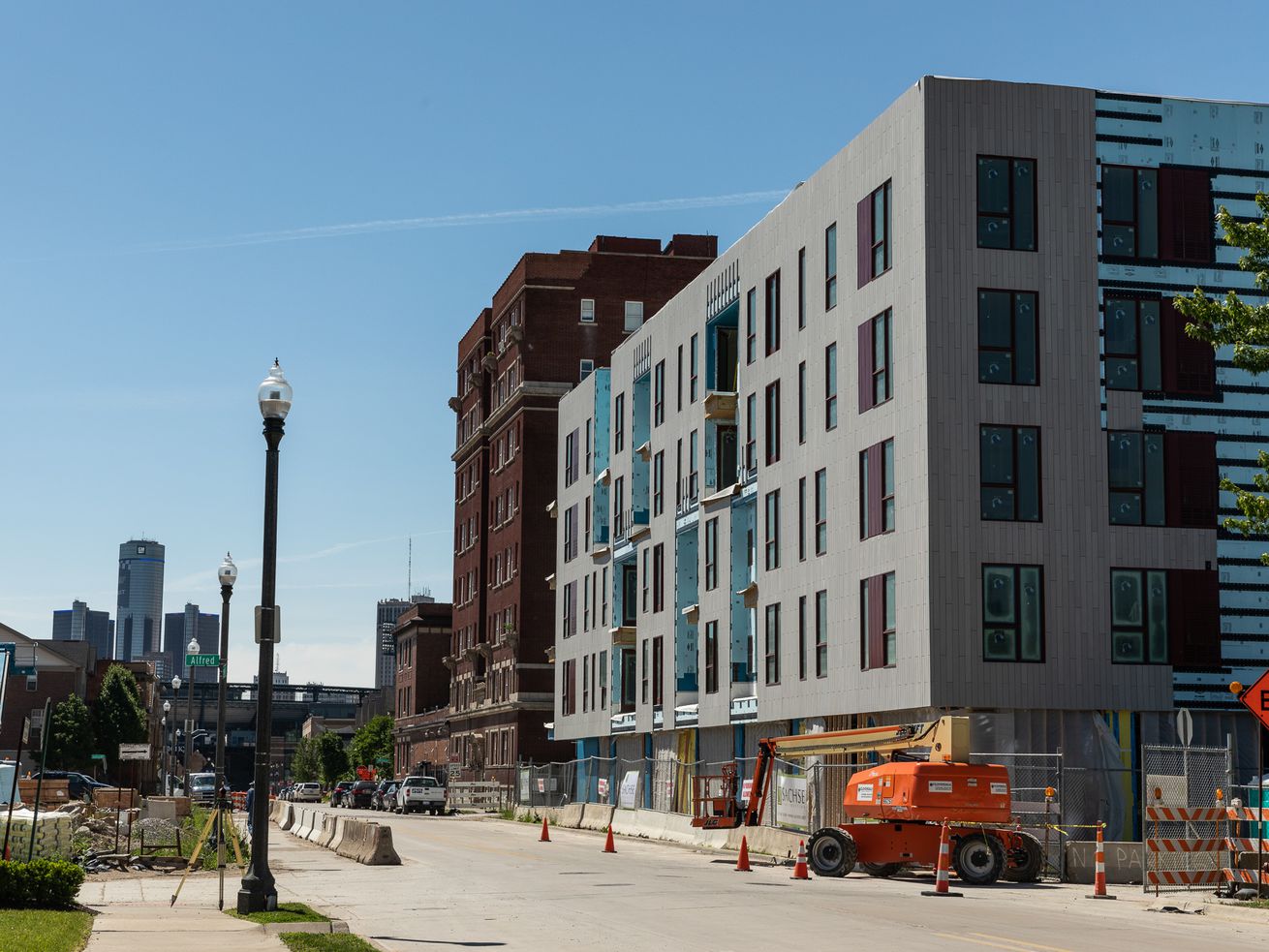 Seniors will be moving in soon

Brush Park’s City Modern development in its entirety will add around 400 new residential units to the historic neighborhood. Developers are expecting its first residents this summer in an ambitious timeline. We visited the construction site of the first apartment building set to open, along with a glimpse of some of the other properties almost ready to go.

City Modern will have six apartment buildings altogether, and two are currently under construction. At the corner of John R and Alfred, the first apartment building will be ready by the end of summer. This one is for the seniors 55 and over, and it’s touted “affordable” at 80 percent Area Median Income (note: this is area, not city). The building will have 54 mainly one-bedroom apartments, with seven two-bedroom units. The building will also have substantial first-floor retail space, and 40 parking spaces below ground. Twelve parking spaces are available on a small lot behind the building. Developers aren’t even expecting residents to fill the parking spaces, as there are so many transit options nearby (buses and Qline).

We stopped into the building to see the first-floor retail space, a finished unit, and the parking situation.

Leasing for these apartments are expected to start this month.

Bedrock is also expecting the historic homes to be completed by the end of the summer. Along with the Ransom-Gillis House, these are located along Alfred Street. The middle house will be rented as single-family, while the two on the outside will be duplexes. We’re hoping to get in closer to their completion; we hear they have 12-foot ceilings and incredible city views from the upper floors.

Bedrock tells us that the 75 out of 104 condos have sold to date, and the first move-in is expected mid-July. Hunter Pasteur Homes is building the for-sale units. The units slated for Edmund Street are expected to start construction in late fall/early winter. Here are a few more scenes around the busy construction site.