Posted at 06:00h in Uncategorized by admin 0 Comments
0 Likes
Share 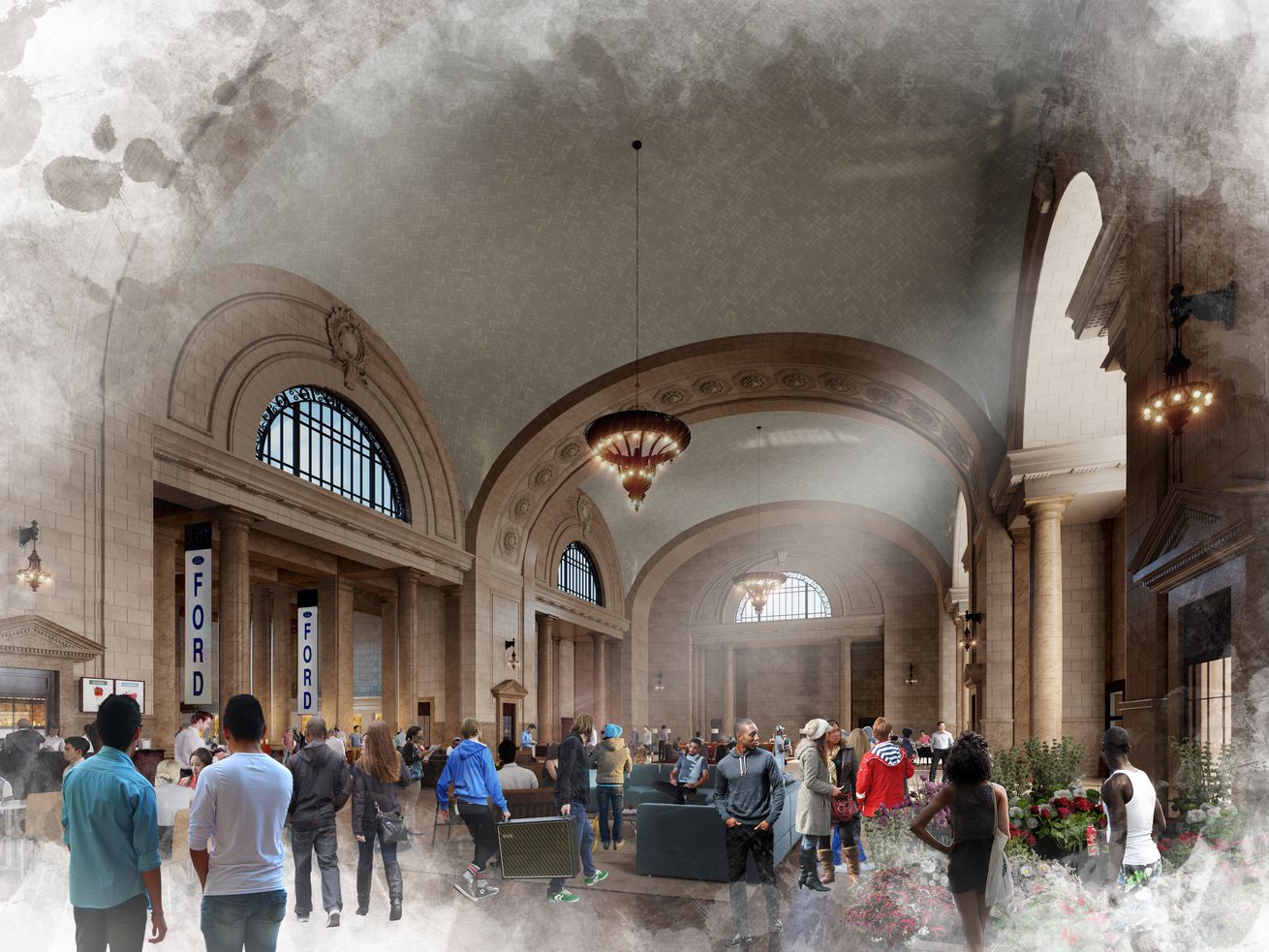 The lobby will be open this weekend

Ahead of Tuesday’s big press conference, Ford is releasing some information about its plans for Michigan Central Station, Corktown, and Detroit. More plans will be detailed on Tuesday. For now, here’s what we know.

The Corktown campus will be an “an innovation hub for Ford’s vision for the future of transportation.” The company is expecting the square footage of its Corktown campus to run 1.2 million square feet (with Michigan Central Station taking up 600,000). 900,000 of that is expected to be used by Ford and its partners, with 300,000 of that for community space, retail, and housing.

Properties acquired to date are:

The company is giving itself a four-year timeline to complete the campus. By completion, it expects 2,500 Ford employees working in Corktown, with another 2,500 partner employees in the Corktown campus.

“Michigan Central Station is a powerful symbol of Detroit’s struggles and now its resurgence, but Ford’s investment in Corktown is far from symbolic,” said Bill Ford, the company’s executive chairman. “We aren’t just making a bet on Detroit. We are making a big bet on the future for Ford and the future of transportation. It’s exciting to imagine what’s possible as we build tomorrow, together.”

The company’s goal is to establish its Corktown site at the east end of an evolving mobility corridor evoking Michigan Avenue’s earlier road to the Arsenal of Democracy. The campus would be a critical node in a circuit running from Detroit through Ford’s Dearborn headquarters, to Detroit Metropolitan Airport and the American Center for Mobility at Willow Run, ending at University of Michigan research sites.

Ford is not saying how much they paid for the building or the potential renovation costs at this time, but they will be seeking tax incentives for the project.

Ford will livestream the big announcement on Tuesday. Yes, there’s a countdown to the event on that page.

And for the first time in many, many years, the train station will be open to the public. Ford is hosting an open house June 22-24. More details to come on Tuesday.

Tuesday looks to be quite a historic day in Detroit.