Posted at 12:48h in Uncategorized by admin 0 Comments
0 Likes
Share 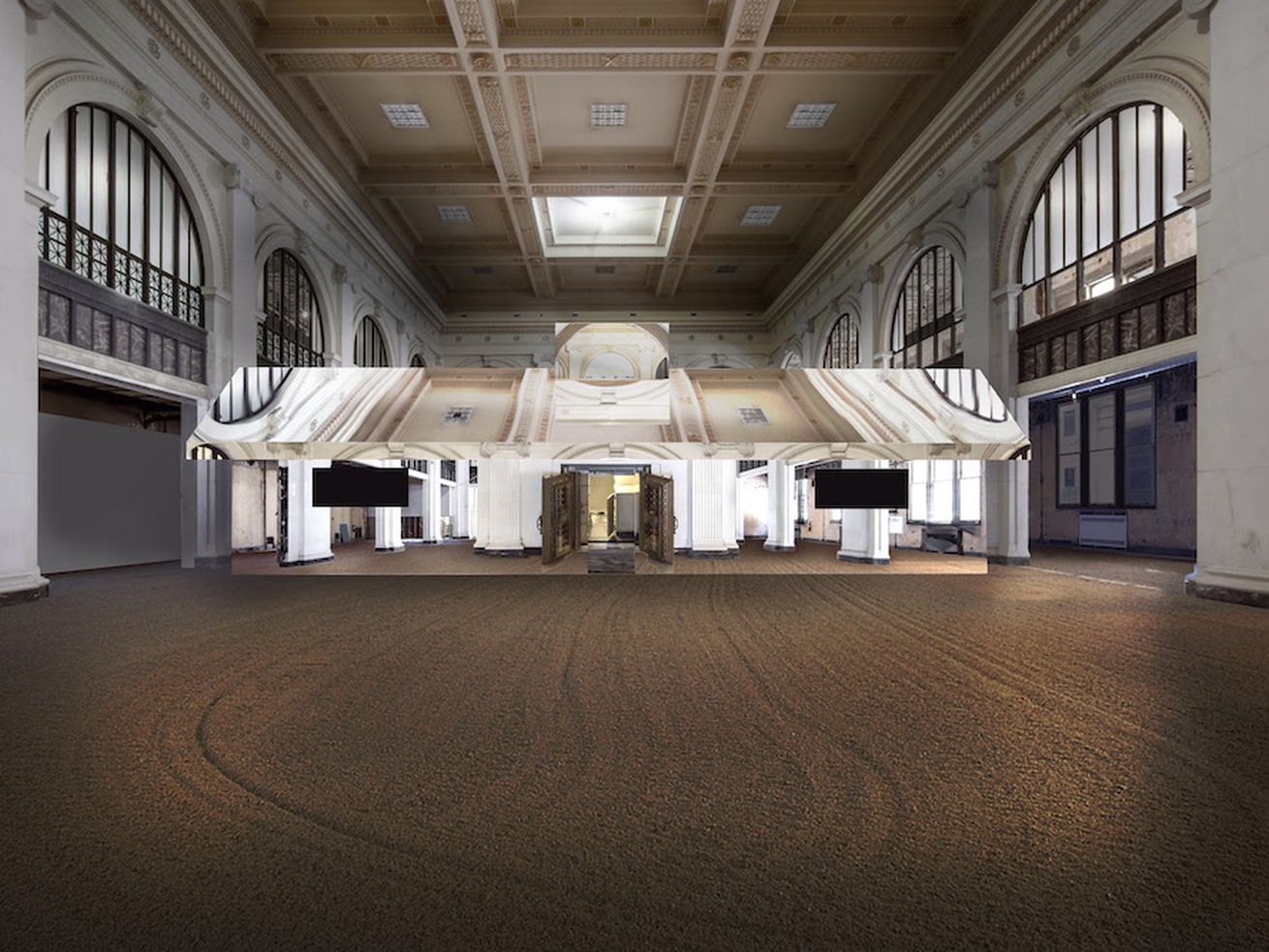 Soon, the public will be able to step inside the long-vacant State Savings Bank, a Financial District building dating back to 1900. Past the columns, bank vault, and open interior— recently refreshed by Bedrock—a new art installation is sure to draw attention and the Instagram crowd.

Mirage Detroit, a site-specific mirrored and interactive art installation designed by Doug Aitken, opens to the public October 10. According to a press release, the sculpture takes the form of a one-story American suburban house, with a labyrinth of rooms and hallways with reflective surfaces, forming “a human-scale kaleidoscope.” The marble floor will be covered with earth and river rocks.

The landscape constantly changes and “incorporates the organic and inorganic, reflects the past, and questions the future.” No natural light will be let into the building; windows will be covered and a choreographed light show will illuminate the installation. Aitken will be working with lighting designer Andi Watson, who’s worked extensively on Radiohead’s live shows.

The building takes up the span of a city block, from Congress to Fort along Shelby.

“In many ways, Mirage will become its surroundings,” says Library Street Collective owner Anthony Curis, “It will reflect and intensify one of the city’s greatest historical and cultural contributions—its grand architecture.”

During its run, the building will host cultural events, performances, conversations, and educational programs with Cranbrook, MOCAD, and the College for Creative Studies.

The installation is a collaboration between Detroit-based art gallery Library Street Collective, Bedrock, and the Quicken Loans Community Fund.

The State Savings Bank was once threatened with demolition. It was sold to Bedrock in late 2014.